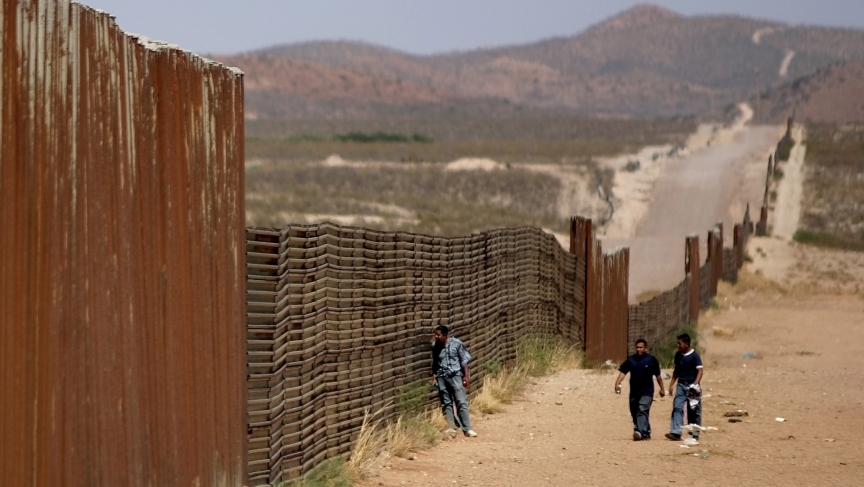 As migrant children continue to cross the US-Mexico border, the US government is struggling to house and transport all of them. And the debate over what to do with them grows fiercer by the day.

So when word got out that a federal bus of young migrants from Central America would be arriving in Oracle, Arizona, on Tuesday, protestors geared up.

This time, though, unlike with a recent protest in Murrieta, California, there were people supporting the migrants along with those attempting to prevent the drop-off.

But no bus came.

According to the Arizona Republic, the bus of young migrants was supposed to arrive at a ranch in Oracle that ordinarily works with at-risk youths. But with a shortage of beds at detention facilities in the US, the federal government is searching for other places to house young migrants, who are waiting to be processed by US immigration courts.

One couple told reporter Jude Joffe-Block, of the public radio initiative Fronteras Desk, that migrant children pose health risks for their community and could also lead to increases in crime rates.

"It's a shame that they're kids — if they're kids — but I guess that their parents didn't care that much to send them on that journey to here," one woman told Joffe-Block.

Joffe-Block says residents of Oracle, on both sides of the immigration debate, are not happy the federal government did not consult the municipality before deciding to house these kids at the ranch.

"They wish that there was a little bit more transparency from the federal government," she says. "They wish they had been consulted."

Joffe-Block says, overall, there aren't enough shelters to house the more than 57,000 unaccompanied minors who have crossed the border since Oct. 1 last year.

"There's a scramble all across the country to find appropriate facilities to house them in while they await their immigration court hearings," she explains.

So far, according to reports, the bus carrying the Central American migrants has yet to arrive in Oracle.

And while the protesters have left, the debate is far from over.