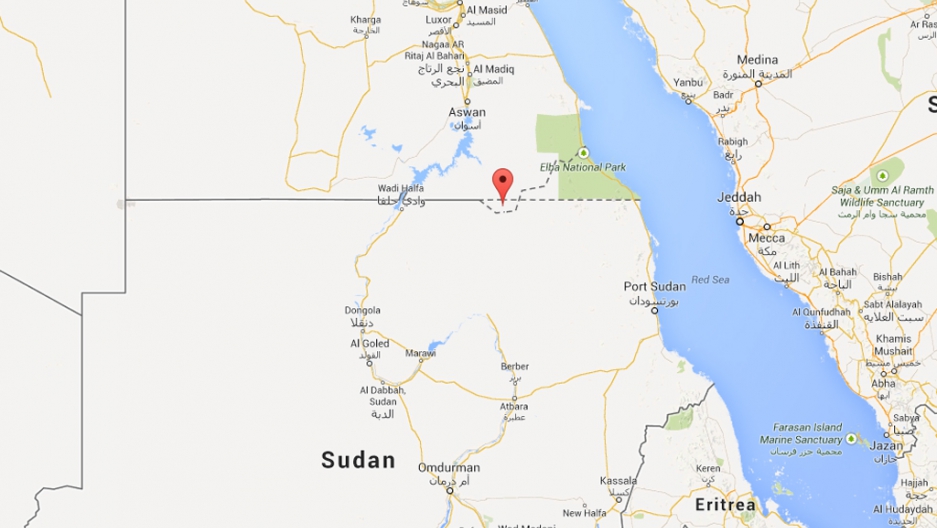 It's equal parts cringeworthy and sweet.

A Virginia dad who claims he'd "go to the ends of the earth" to make his children's wishes come true has gone and claimed an African territory along the Egypt-Sudan border so his daughter could feel like a princess.

Known historically as Bir Tawil (red arrow above), the land is now known as the "Kingdom of North Sudan."

At least, according to Jeremiah Heaton.

Heaton, a father of three in the mining industry, was playing with his then-6-year-old daughter Emily in their Abingdon home last winter when she asked if she could be a real princess, according to the Washington Post.

Instead of being practical and telling Emily "no," Heaton set out to find a slice of unclaimed land for his baby girl. "As a parent you sometimes go down paths you never thought you would," he told the Post.

After searching around Africa, Heaton stumbled upon an 800-acre patch of desert that is one of just three territories in the world that remain unclaimed, the result of land disputes dating back more than 100 years.

On June 16, Emily's 7th birthday, he planted a blue flag with four stars and a crown on a rocky hill and proclaimed the land as the "Kingdom of North Sudan." Emily serves as "princess" and her father as "king."

Dad claims kingdom so 7-year-old can be real princess http://t.co/Pz55vylQFO

In order for Heaton's "kingdom" to be internationally recognized, he will need legal recognition from neighboring countries, the United Nations or other groups, political experts told the Bristol Herald Courier.

No word on how diplomats with Egypt or Sudan have reacted.

But the internet sure has an opinion.

"Congratulations. Emily is literally gonna grow up to be literally the worst," one commenter wrote on Gawker.

Here's just a sampling of the reactions on Twitter:

brb starting a Kickstarter to fund Sudanese coming to Abingdon, Va., to plant a flag on Jeremiah Heaton’s front lawn.

So has Jeremiah Heaton been exiled back to his fake Kingdom yet?

It's fitting that a random person claims some land in the Middle East. He'll fit right w/everyone else. Cute idea tho http://t.co/GVio8HZ9Nu

Jeremiah Heaton made a colossal parental fail when he made his daughter a 'real princess' @rolereboot http://t.co/i8aM6KXCeM