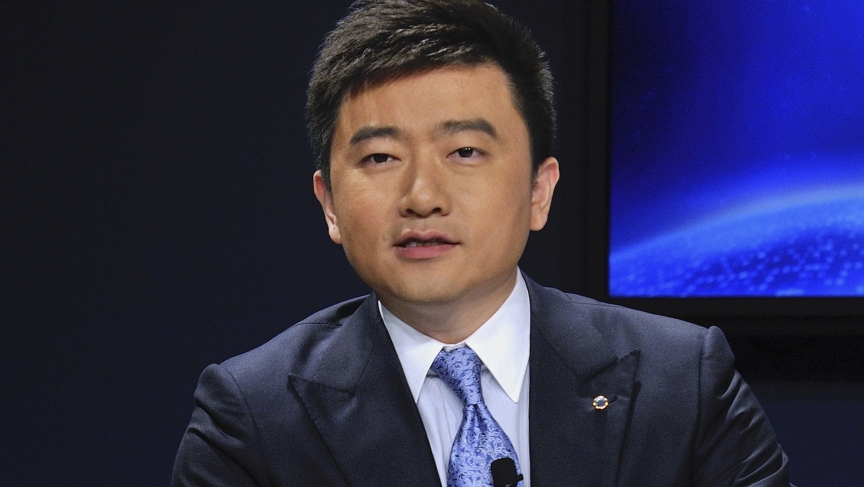 He speaks English, travels around the world attending financial forums, hobnobs with corporate leaders and executives, drives a Jaguar and wears Italian suits.

He manages to snag hard-to-get interviews with business executives and various world movers and shakers. And Rui led a successful, yet controversial campaign to prevent Starbucks from opening in Beijing's Forbidden City. But Rui could soon gain attention for something else. Corruption.

Last Friday, just before going on the air, Rui was taken away by Chinese authorities. No reason was given for his detention, says Edward Wong of the New York Times.

“Our conclusion is that he got on the wrong side of powerful, political personalities," he adds.

"What people who understand how CCTV and other Chinese media work say, [is] that it's very likely that they took money in exchange for getting airtime on CCTV — or taking money to ensure that no negative stories or investigative pieces were done on these people," Wong explains.

“Some people are comparing the very broad anti-corruption campaign that's been going on right now throughout China in the last year to an older style of politics in which the leadership wants to really bring the party back into a discipline form," says Wong. "So they feel that the party membership has become too lax over the years, that people are not being as strict over themselves. And that leads to the weakness of the Communist Party."

“This could be one example of that," he says. "They might feel that Rui Chenggang and his bosses have let their guard down. They've grown lax. All the talk of corruption around CCTV is undermining the legitimacy of the party since CCTV represents the public face of the party."