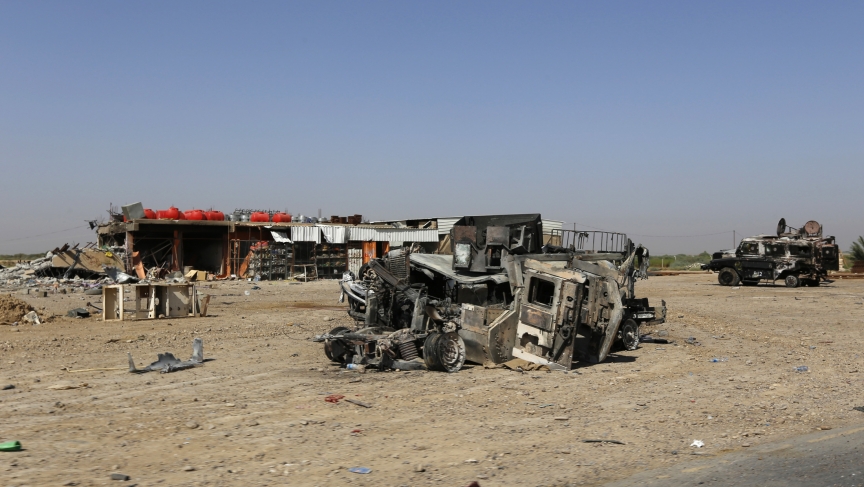 Burnt vehicles belonging to the Iraqi security forces are seen on a road leading to Samarra at Salahuddin province July 12, 2014.
Credit:

The deteriorating situation in Iraq has the international community scrambling for some way to avoid all-out sectarian warfare.

But the problems have been simmering for years. And now experts in international law have begun to wonder if there is even a viable model for nation building, when a superpower with the resources of the United States confronts a rogue nation like Iraq, as the US did in 2003.

Noah Feldman, professor at Harvard Law School, served as the senior constitutional adviser to the Coalition Provisional Authority in Iraq immediately after the war. He helped to draft Iraq's interim constitution, which provided for the election of a National Assembly, included a bill of rights and outlined a separation between religion and state.

At the time, Feldman and the Bush administration were criticized for excluding Arab, Iraqi, and Muslim legal experts from the process. But today's chaos, Feldman says, is a direct result of the administration's inability to see security and nation building as two distinctly difference processes.

"The crucial lesson that I think we didn't know, but should have known, is that you can't both construct a new state when the state has failed and also make a democracy work at the exact same time," he says. "Those need to be two different steps. First the state needs to be constructed — garbage needs to be picked up, people need to know that they're safe in their homes and that they're not killing each other — and then you can begin a process of negotiation to make a democracy work."

The US and coalition forces in Iraq hit a wall of violence and sectarian strife. "Instead of getting a resolution, we got a civil war," Feldman says. "And it's pretty hard to negotiate a constitution during a civil war."

The US invaded Iraq with a relatively small number of troops, and as the Iraqis realized they didn't have the troops to control the country, violence broke out. "That was the first source of this problem: Thinking that we could actually manage a country with the same number of troops that it took to conquer the country."

The administration's lack of commitment to reconstruction only exacerbated these issues. "I think [Defense] Secretary [Donald] Rumsfeld actually mostly wanted to show that you could win a war with a light military force. I don't think he was very much interested in the reconstruction," Feldman argues. "And I think Secretary [of State Colin] Powell wanted to show, based on the traditional Powell doctrine, that you could only win a war with a very large force and I don't think he was that focused on the reconstruction either."

Today, Iraqi feelings and opinions about the United States are abysmally low. "In Iraq, the negative feeling is directly related to our abject failure," he adds. "Nobody would have liked us as an occupier, but they like us less as a failed occupier and as a failed state builder."