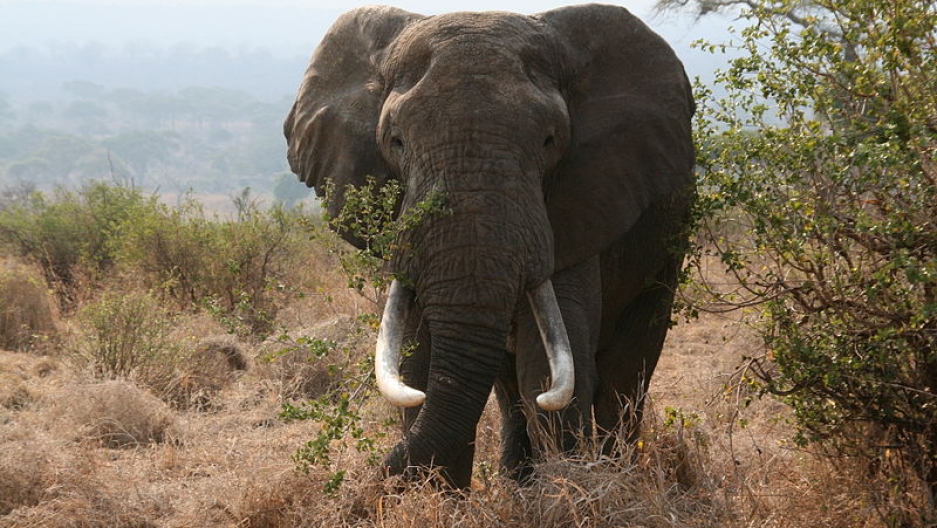 The African elephant population is declining rapidly, particularly the large-tusked animals. If poaching is not stopped, wildlife experts say the elephant could be extinct in parts of Africa within 50 years.
Credit:

A new report estimates that poachers killed 20,000 African elephants in 2013. The world is now losing more elephants than the population can reproduce.

The report was issued by The Convention on International Trade in Endangered Species (CITES).

Leigh Henry, senior policy advisor of wildlife conservation and advocacy for the World Wildlife Fund in Washington, says the reasons for increased poaching are simple: the profits to be made from illegal ivory trade are high — and the risks are minimal.

Back in the 1980s, countries around the world cracked down on poaching and the illegal ivory trade. Now, the value of ivory has gone up dramatically and with it the pace of illegal poaching and ivory trafficking.

“The consumer markets, like China and Thailand, have more disposable income and more wealth than they did back in the 1980s, and higher prices are now being sought for ivory products,” Henry explains. “So now we’re seeing international criminal gangs coming in and poaching.”

These groups have resources like helicopters and night vision goggles; they have veterinary tranquilizers to put down the animals, which is easier than using bullets; and they have access to trafficking networks that also deal in drugs, arms and other commodities. What’s more, Henry says, they know how to shift trafficking routes when needed.

“When enforcement is increased in one port, they simply shift to another port,” Henry says. “So it's a really difficult nut to crack.”

The absence of significant penalties is also a huge part of the problem, Henry says. The World Wildlife Fund (WWF), its partners and the US government have been working for the past few years to ensure that wildlife trafficking is viewed as a serious crime with commensurate penalties. Henry says this means increasing prison sentences to a minimum of four years and greatly increasing fines so that poachers and the traffickers find that the risks outweigh the benefits.

Right now, all the countries in the African elephant range are being hit by poachers, Henry says. There are hot spots, like central Africa, where forest elephants are in the greatest peril, she says, but the problem encompasses the continent.

The burden of ending poaching should not be borne only by the countries where the elephants live, though, Henry says. The consumer nations that are driving the demand — which are mainly in Asia, but also include the US and Europe — must also be held to account.

Henry has seen some progress on this front. She points to President Barack Obama’s Executive Order, directing all US government agencies to coordinate action against wildlife trafficking; the London conference held by the UK government in partnership with the UK royal family, which brought governments together to sign a declaration to take steps to fight wildlife crime; and the last CITES meeting in Bangkok in March 2013, where some of the worst offending countries in illegal ivory trade were threatened with sanctions if progress wasn’t made.

Henry hopes to see even more pressure put on these countries when the CITES standing committee meets this week to review the progress of the Elephant Ivory Action Plans that came out of the Bangkok meeting.

Elephants are amazing animals, Henry says, and worthy of a world-wide effort to save them. “The part that really gets me is they have amazing family bonds and family ties,” she says. “So when you go in and take one elephant away ... they hurt and feel the same way [people] do.”

Poaching also creates problems for local communities and economies, Henry says, especially in countries like Kenya where the tourism industry depends on these animals. In addition, rangers trying to protect the animals often don't have the weapons or technology needed to defend themselves, and are bring killed in the battle against poachers.

“So I think it's really important for people not just to think about elephants,” Henry says, “but to think about the broad-brush negative impacts of the poaching, as well.”