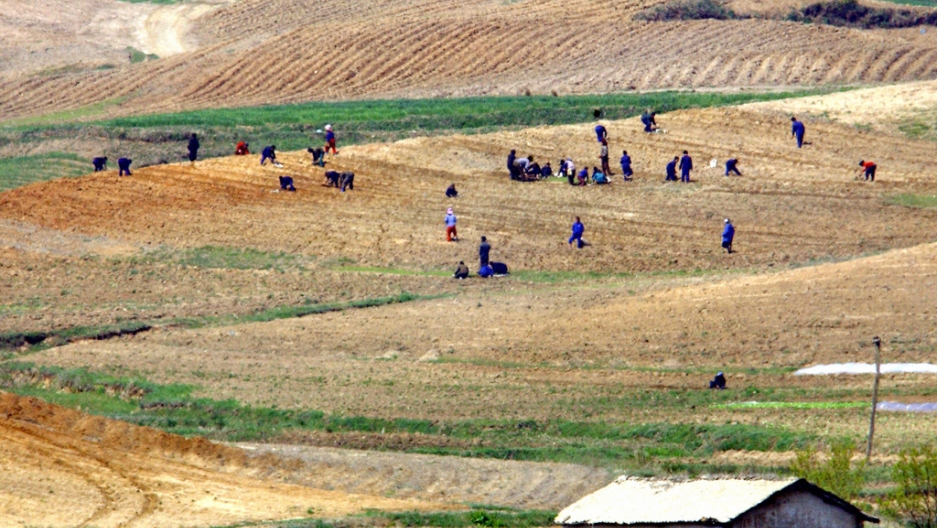 Take a good look at the picture above. Would you like to live there?

Careful, that's exactly what North Korea wants you to think.

Both these pictures are of a place called Kijong-dong, a village inside the Demilitarized Zone (DMZ) between the two Koreas that is meant to lure South Koreans across the border.

Why someone would choose to live in North Korea over South Korea is beyond me, but I suppose it could happen. It's not like it's all roses in the South, but it's clearly pretty good.

Anyway. The fact remains that North Korea believes it can be done and is putting a tremendous amount of energy and resources into a place it calls "Peace Village," but is widely known as "Propaganda Village."

Indeed, the whole place is thought to be a decoy, a stage set devoid of human life that is orchestrated to look nice and prosperous.

The official line of the North Korean government is that Peace Village is a farm collective home to 200 residents, but observers in the South say:

The buildings are actually concrete shells with no glass in their windows, electric lights operate on an automatic timer and the only people in sight are maintenance workers who sweep the streets to give the impression of activity.