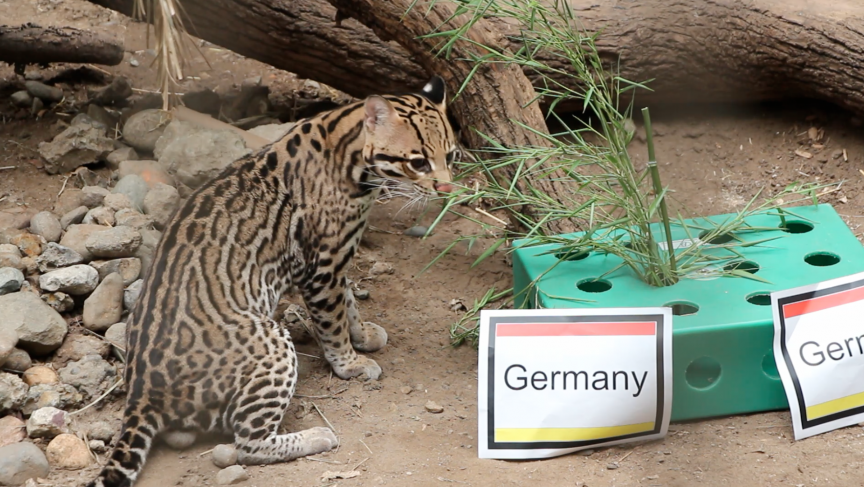 After Germany's huge win on Tuesday, their players warned everyone not to get too excited. After all, they could still come home empty-handed after the final.

Don't worry, guys — the trophy is yours.

But don't be surprised if there's some late drama. Izzy took a sniff of Argentina before going to munch Germany's leaves, and he even went back for a second look after his Teutonic snack. Even if Messi and Co. are in for heartbreak, they just might keep things interesting until the final whistle.

Izzy's had luck with the Germans before — he picked them to beat the USA in the group stage — but so far, he's got a mixed record of 2-1-1 for the tournament.

Now, predicting the final correctly would be a great moment, but Izzy has even better news... he's a dad again! Izzy's mate, PJ, gave birth to a new ocelot baby girl, but she still needs a name. If you've got a great one, head over to our Facebook page to suggest it!