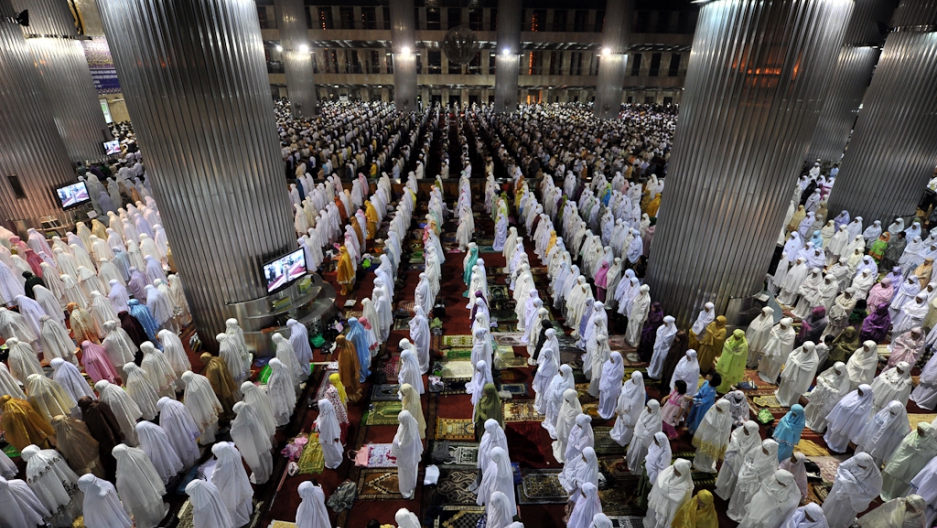 The Earth's population now sits at around 7.2 billion.

Half of those people, 3.6 billion, live in just a half-dozen countries, according to the United Nations, which is celebrating World Population Day today.

China remains the world's most populous nation at 1.4 billion people, followed by India with 1.3 billion, according to UN figures. The United States, Indonesia, Brazil and Pakistan combined all have just under 1 billion people.

Check out the map below:

According to Pew Research Center, the world's population grew at a rapid pace from 1950 to 2010. Globally, the population tripled, and the US population doubled.

But growth is expected to slow down over the next 40 years as the global population ages.

The world's urban population has also grown rapidly in recent years, with more than half the global population now living in cities. In 1950, 746 million people lived in urban areas compared to 3.9 billion in 2014, according to a new UN report.

By 2050, India is expected to top the charts with 404 million urban inhabitants while China will come second with 292 million urbanites and Nigeria third with 212 million.

Here is an updated list of the world's most populated cities, according to the UN: