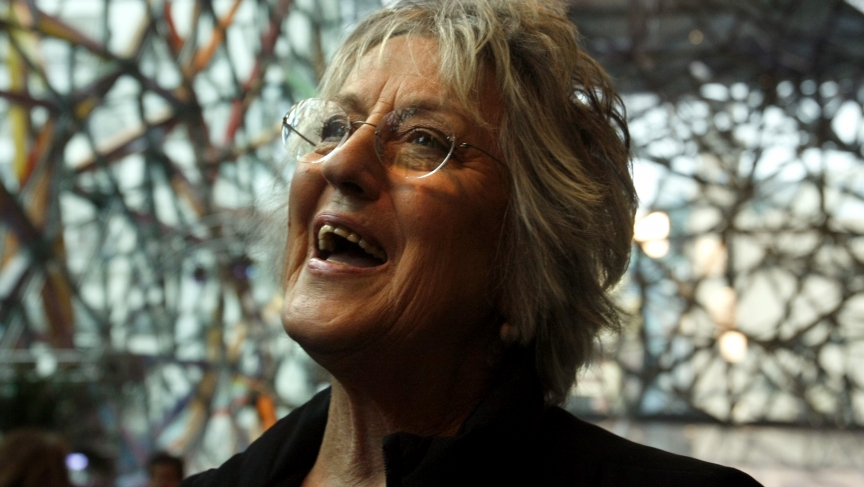 Germaine Greer's life has been one of challenging the status quo — and even upending it.

Over the decades, Greer has written other books, become a scholar of Shakespeare and acted. But in her mid-60s she decided to get down in the dirt.

"I was always a talker rather than a doer," Greer says. "But now I'm a doer."

She's doing it on 150 acres of ancient rainforest in her native Australia. She'd been searching for two years for a piece of land to buy when she found herself on a scrubby parcel in Queensland. An encounter with a bird sealed the deal.

"I sat down on a rock and I began to listen to the forest to see how much life it had left in it — the bits of tattered forest that were still there," Greer remembers. "And this bird came out of the forest, this Regent Bowerbird danced for me. And it danced all around me. And the whole time it kept looking out of its yellow eye right in my face as if to say, 'What are you going to do about this?  Are you going to help us guys or what?' And in the end, when I got up from that rock, the property was sold."

Greer's patch of rainforest is at Cave Creek, Queensland. Greer says it's one of the largest intact calderas — bowl-like craters left in the earth after volcano explosions — left in the world.

"It was where a huge shield volcano blew its head off millenia ago, and gradually these rich basalt volcanic soils have weathered down to a fairly spectacular crater," she says. Greer says it looks like the socket of a tooth. "When you get your tooth out and you get this kind of bony socket. It's a bit like that."

Greer's piece of land is a subtropical rainforest dating back to one of two huge supercontinents, Gondwana, that existed in the Traissic period.  "It's typical of the vegetation that covered most of the world about 200 million years ago," she says.

Decades of ill-advised farming, logging and even testing of Agent Orange, the infamous Vietnam-era chemical, have left the land a biological mess. "It takes 800 years to restore a rainforest, so I'm currently studying how not to die so I can keep the whole show on the road," Greer jokes.

Greer says she was moved to try to save some rainforest by observing the planet over the course of her life.  "I've traveled a lot in Australia and I've traveled quite a bit in the rest of the world. And everywhere I go I see disaster," she says. "You get so worn down by it and it breaks your heart ... And you start to think, 'Give me something, just a little thing that I can fix. Show me that there is a way back out of this'."

Asked if she's rejecting a global life for a small patch of earth, Greer laughs, "I'm old," she says. "I'm allowed to dig my little burrow and get in."

At 75, Greer says her next big challenge is finding some rainforest in New Caledonia to restore and protect: "Just fifty acres in New Caledonia could keep the extraordinary variety of Gondwanan species alive and would be an insurance against losing them in the future."

Below, you can read the prologue of Greer's latest book, "White Beech," about her work with the Queensland rainforest.