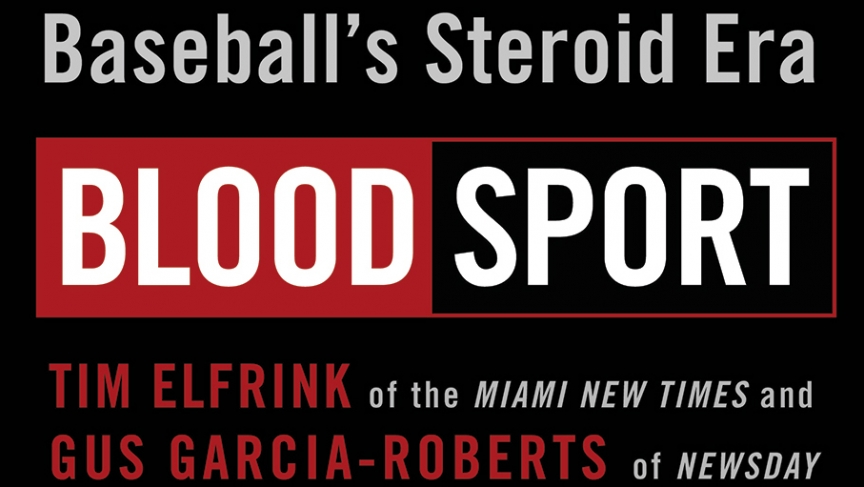 The story behind the story of Alex Rodriguez's fall from grace is wild tale of anti-aging clinics, and the struggle to control performance enhancing drugs beyond US borders.
Credit:

We're smack in the middle of baseball season. The All-Star Break is right around the corner. But there's one boy of summer who's not seeing any action this year.

Alex Rodriguez is serving a long suspension for using illegal performance enhancing drugs, or PEDs. Last year, an expose in the Miami New Times newspaperrevealed how Rodriguez had been getting his PEDs: From a Florida clinic called "Biogenesis." Tony Bosch ran the joint.

It's a wild ride. And it does something most sports journalism books fail at: journalism. This isn't a Joe Posnanski puff piece waxing poetic on a fastball. This is an investigative look into a shady world that Major League Baseball is trying to stop.

It's this story behind the story. That's what we found interesting. Within this book that has Alex Rodriguez in the title is an international story that starts in Belize.

Elfrink says the guy who supplied professional athletes with performance enhancing drugs, Bosch, traveled to Belize to try and break into a world of medicine. "He came from a family with a number of prominent doctors," he says. "But he never quite had the grades or willpower to get into a US medical school."

He ended up at the Central American Health Sciences University. And Elfrink says the school is interesting as its most famous graduates are credited with helping to start the booming anti-aging industry in the US. "Tony Bosch saw this as a potentially lucrative business opportunity," he says. "But also as a guy who was always interested in PEDs for athletics, it was a convenient way to get a foothold into an industry where he could have access to these kind of drugs."

After Bosch's stint at the university in Belize he returned to Florida and put his dream into action. Eventually he started a clinic called "Biogenesis." He grew his client list from everyday folks to athletes to professional athletes like Rodriguez. The dream realized, until Elfrink's expose drops and Major League Baseball sent in its covert police task force.

Yes. Major League Baseball has a covert police task force. Elfrink says it's unique among all professional sports in the US. It's called the Department of Investigations (DOI). Elfrink says it was born out of a 2007 report completed by Senator George Mitchell. In the baseball world, it's simply referred to as "The Mitchell Report." It came in the wake of MLB's previous steroid scandal, BALCO. That one involving slugger Barry Bonds. The report instructed the MLB to create an internal police force to investigate steroid scandals.

But some of their first missions included verifying the ages of potential prospects. This is a particularly acute problem for players coming out of the Dominican Republic. "They pretend to be younger than they really are," says Elfrink.

Garcia-Roberts links their work in the Dominican Republic to their raid of the Biogenesis. He says DOI investigators honed their skills in the DR and took them back to Florida. When listening to Garcia-Roberts talk about their tactics, you get the idea DOI investigators felt they was above the law. Garcia-Roberts says they paid hundreds of thousand of dollars for health documents related to the clinic. Some of these documents were stolen. Didn't matter. They just wanted to gain evidence against Rodriguez and the rest of the athletes who worked with Biogenesis.

They did get the results they were looking for, the players suspended, but they ended up tarnishing the name of MLB. Garcia-Roberts and Elfrink tell us that many on the task force left after the Biogenesis story broke. But the task force still exists. And chances are good it will have another steroid scandal to fight in the near future.

After years of ignoring its aging athletes having miraculous rebirths, complete with pounds of comic book-sized muscles, MLB does have a renewed focus to rid itself of PEDs. But Garcia-Roberts doubts it will have much impact. There's a huge incentive for players to dope. And the penalties are weak. Garcia-Roberts says two players linked to the Biogenesis scandal are still playing in the big leagues and both signed multi-million dollar contracts, including former MVP Ryan Braun.

Garcia-Roberts says there are always men like Bosch who are out there and able to run complex doping programs to get around steroid tests. "You have athletes who are willing to pay them to get an edge."

Rodriguez will most likely return to the game in 2015.