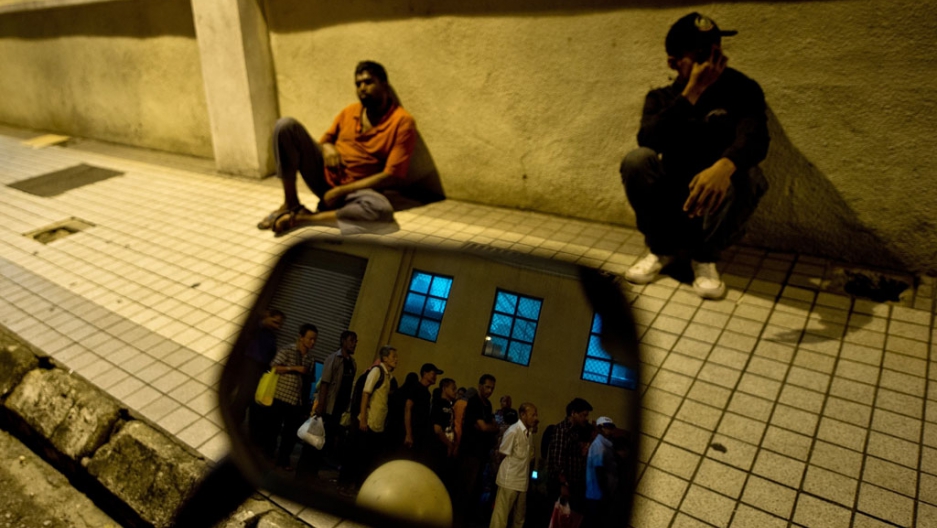 Malaysia's capital city is attempting to curb a growing homeless population by banning soup kitchens within a mile of the city center.

As of Monday, soup kitchens had to clear out of Kuala Lumpur or face fines.

"If I don't do this sort of thing, society won't be disciplined."

Tengku Adnan claims the soup kitchens are hubs for spreading disease in the city, and said they make homeless people "complacent" and "lazy."

"We found (homeless people) work. They're so lazy. After two days go and work, they run away," he said. "Then when we find out, they say it's easy to find food in other places. That's the problem."

At least 1,500 people are homeless in Kuala Lumpur, according to a survey earlier this year. But advocates say many more rely on soup kitchens for a daily meal because they don't make enough to feed their families.

"There is no shame in asking for help, but there is great shame when you are so arrogant and stop others from seeking help," Rahman wrote in a column for Free Malaysia Today.

"You may be blessed today, you drive your fancy car, live in your big house and eat delicious food all day, every day. But those who queue up for free food did not ask for their lives to be turned upside down."

The number of homeless people in Malaysia has been growing due to a number of factors, but mostly because of poor wages, a lack of unemployment insurance and high housing costs.

There's very little government assistance provided to those living on the streets, and Malaysia has a long-standing law that allows officials to round up and detain homeless people in camps for up to three years.

Advocates estimate that thousands have been targeted by the Destitute Persons Act since it was enacted in 1989.