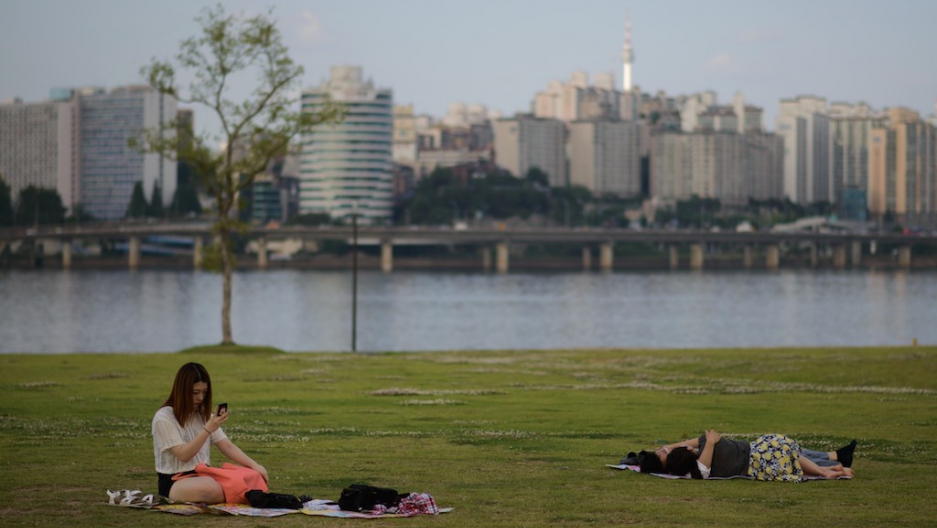 But Seoul’s beloved mayor, Park Won-soon, is determined to soften the city’s aesthetic and transform it into a greener, cooler, more creative and livable place.

Park has a lot of ideas about how to achieve this noble goal. One of the quirkier ones: protecting an odd, crawling constituency that will never be able to vote. The city's bugs.

The 58-year-old progressive — who in early June elections glided to a second five-year term — is himself an unusual species. He rose to prominence without any political experience, distancing himself from the nation's two scandal-ridden political parties.

Park has consolidated his popularity by improving the quality of life for overworked city-dwellers. His administration abandoned earlier initiatives for explosive commercial growth in favor of happiness and urban beauty.

Seoul has long been a city of bland, cookie-cutter apartment blocks, with a surfeit of overpriced Starbucks knock-offs. In certain neighborhoods, navigating without GPS was a befuddling task. Not all of these problems have been solved.

As part of its greening efforts, Seoul is embarking on a campaign to establish 27 “insect hotels” in parks and public areas, offering the bug population a refuge in this gray, cyberpunk Asian mega-city, protecting them against the spread of insecticide.

City officials are enthusiastic. “Seoul was developed very fast, and it wasn't regulated. We don't have a diverse species of bugs,” explained Yang Gyoung-gyu, a city environmental advisor. “The effect of the insect hotel is to expand the diversity of species.”

Made from scrap wood, the miniature hostels are designed to accommodate dragonflies, honeybees, ladybugs, and earwigs, along with other insects. Each type of critter has a designated floor, packed with materials for each species such as oak logs, plant lice, and dried grass.

Bugs with swagger can take a spot on the top floor, a “penthouse” for all species that combines a potpourri of materials.

Why the push to protect slimy little critters?

Yang explains that, like all other species, they're a part of the ecosystem, and that preserving them along with various types of birds and mammals is the only way for Seoul to stay green.

“This insect hotel is new to Koreans,” he said. “When it was first announced and broadcasted, people had negative ideas because of the term hotel. But now we're finding that the experts are happy with Seoul.” Insect hotels, which are necessary for preserving pollinators and pest controllers, have also been set up in parks and trails in the US.