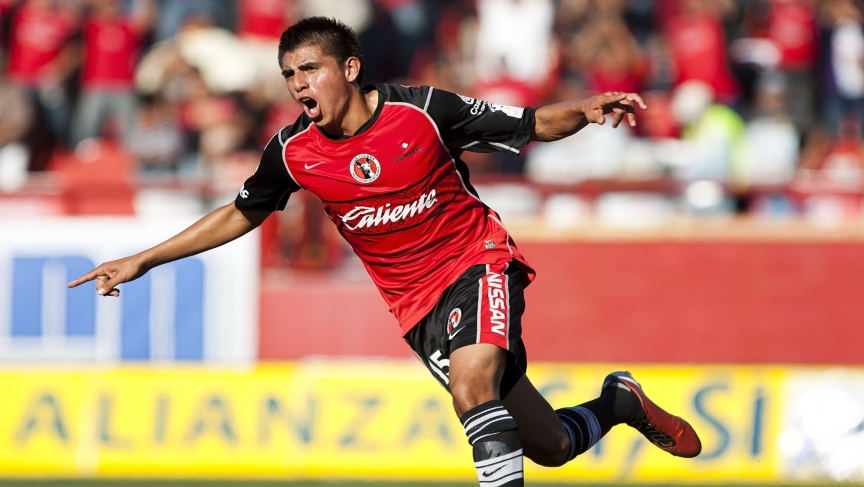 Joe Corona, 23 years old and Mexican-American, is one of the star players for the Xolos, a professional soccer team based in Tijuana, Mexico. The team is actively recruiting top soccer players from the US, and now other Mexican soccer clubs are following suit.
Credit:

Game day at Estadio Caliente, in Tijuana, Mexico, is a lot like a typical game day for American football.

There's tailgating in the parking lot, with fans decked out in the team's red and black colors. One group of supporters, known as “The Massacre,” rally the crowds by beating drums and chanting “Fuerza Tijuas!” And the team's mascot, a hairless dog, is everywhere.

The fevered noise doesn’t stop for 90 minutes, and it's the kind of atmosphere you’d expect at any Mexican soccer game. But the Tijuana Xolotzcuintles de Caliente, known as the “Xolos,” aren't your typical Mexican soccer club.

The team plays a few miles from San Ysidro, California, a town directly on the US-Mexico border. Nearly a quarter of their fans drive in from the the US. So does the Xolos' star player: a Mexican-American midfielder named Joe Corona, who commutes every day from San Diego.

“I didn’t see myself playing in Mexico, but I wanted to play professional soccer," says Corona, who was born in Los Angeles to a Mexican father and a mother from El Salvador. "That was my goal, no matter where I was.”

He spent the first 10 years of his life in Tijuana, where he learned to play soccer. “I started playing soccer when I was 6 years old. I fell in love with the game,” Corona says. “I would play during recess, during break, lunch. I thought I was pretty good.”

He wasn’t the only one. After his family moved to San Diego, Corona quickly moved up through the local youth leagues, eventually earning a scholarship to play soccer at San Diego State University.

His college career started just as the Xolos were establishing themselves in Mexico. Tijuana, which didn’t have a professional team until 2007, was still in the second division back then. So when a friend encouraged Corona to try out for the club, he had mixed feelings. 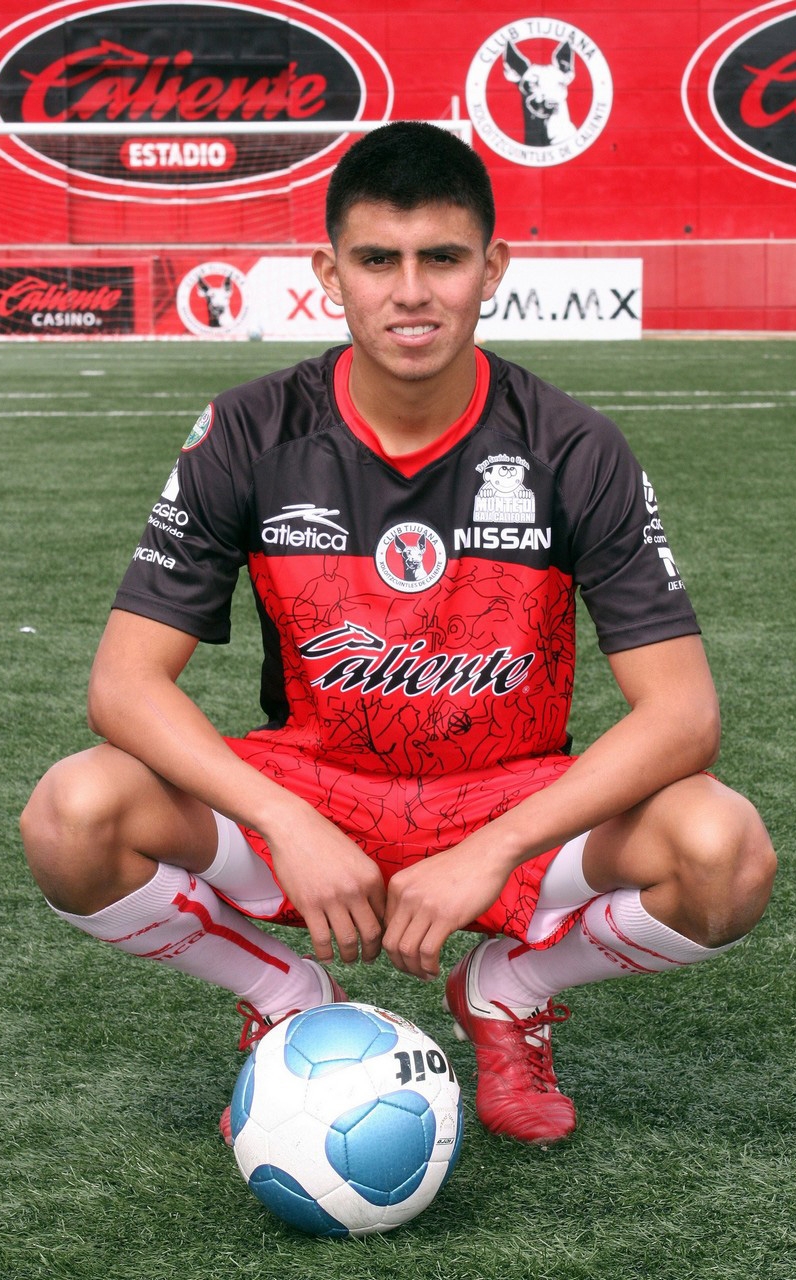 “I remember talking to one of the coaches and he said, 'We think you have a lot of potential. We want you to stay,'” Corona says. “I remember it was one month of thinking about it: Should I stay at San Diego State? Or should I come and try it out in Mexico, try to get promoted to first division, and make my dream come true?”

Corona chose the Xolos and, within two years, helped the club win its first league championship.

Jonny Aviles, a sports writer for the website Soccerly, says Corona is part of a group of Mexican-American players who play a crucial role in the team’s success. “Joe Corona is the poster boy of what the team wants to be,” Aviles says. “We’re not a Mexican club, we’re not an American club. We’re a border club.”

Aviles says clubs here rarely gave Mexican Americans a look until the Xolos rose up the Mexican league. American soccer was considered “clumsy” and lacking in skill, according to Aviles.

“Mexican soccer has always been about the Mexicans or the big-money foreigners they bring in — the big Argentine, the big Brazilian,” he says.

Aviles adds that Mexican-American players like Corona, even ones with dual citizenship, weren’t considered “real” Mexicans. Yet the Tijuana club embraces them.

The team even set up a training academy in Chula Vista, a city just south of San Diego. They also held tryouts in the Los Angeles area, where they recruited young Mexican-American players into their junior teams.

Now elite Mexican soccer clubs like Chivas — which has a famous Mexicans-only rule — and Club América have followed suit.

The effort has brought more than 20 Mexican-American players to Mexico, giving opportunities to players who might have been overlooked by Major League Soccer recruiters in the US. “MLS does a lot of recruiting from college, and the Mexican-American population in the US is not a demographic that sends a lot of kids to college,” Aviles says. “So the dream to play professionally for these kids was to kind of leave home and test their luck in Mexico.”

It also helps that these players have dual citizenship and are not counted as foreigners by league rules. That mean Mexican clubs are able to recruit those players without taking up one of the five permitted roster spots for international players.

Still, you would think that playing between two cultures could make for some messy loyalties. But supporters in Tijuana don't see that as a problem.

Renee Contreras, who attended a pre-season match with his nine-year-old son, says the Xolos represent more than just Tijuana. “[Xolos] represent both Baja California, and Southern California,” he said.

Corona agrees. He says he hopes to see more soccer players — and fans — like him crossing the border with ease, catching games on either side.