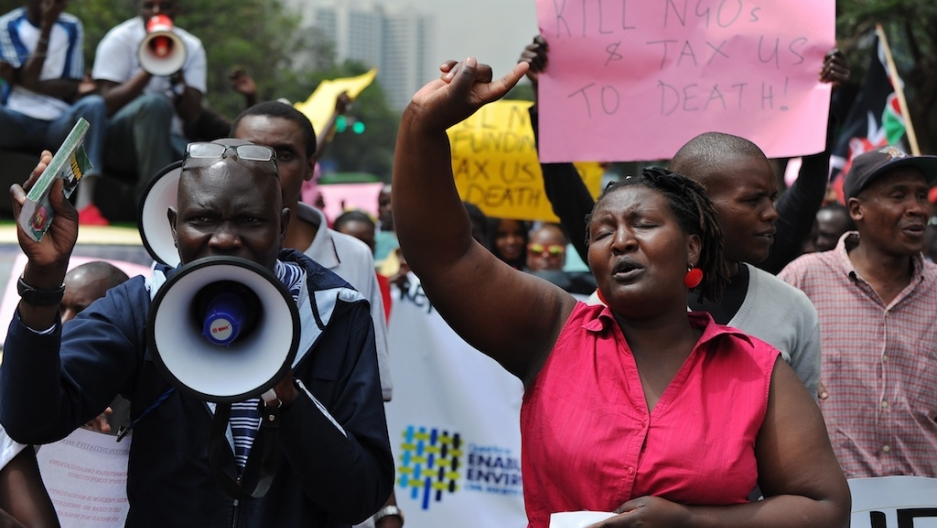 BOSTON — The Galloway Family Foundation will award three talented reporting fellows the opportunity to work collaboratively under the editorial direction of The GroundTruth Project to carry out a series of human rights-related assignments in Africa to be published on GlobalPost.

The first fellowship is for an international correspondent with no less than three years of experience in writing on Africa for a US news audience — preferably a veteran journalist based in Africa. Two additional fellowships are for local journalists in Africa seeking an opportunity to enlighten and inform a US audience about human rights and social justice issues in Africa.

A total of $20,000 will be allocated between the three selected follows, who will work together as one team to publish news features, blog posts and one in-depth enterprise or investigative project. The focus of this fellowship is predominantly reporting and writing, but teams are welcome to submit multimedia plans that include photography, video and audio.

All of the work will be edited by The GroundTruth Project and directly overseen by GlobalPost co-founder Charles M. Sennott, who heads a team of veteran journalists with extensive experience in mentoring the next generation of international correspondents. The work produced by the reporting team will be published on GlobalPost and offered for publication to other editorial partners.

The selection committee will give greater consideration to proposals submitted by a team of three colleagues who express a clear strategy for how they will work collaboratively on a well-developed project idea that can yield a combination of shorter posts and long-form narrative pieces. Some of the areas of interest for this reporting fellowship include human rights, freedom of expression, religious freedom and LGBT issues. We will expect that the reporting for these projects will be rigorous and break new ground. Individual applications will be accepted, but individual applicants must demonstrate the willingness and ability to work within a team.

Each application, whether individual or team, must include one 500-word project memo explaining the countries in which the reporting will be done and what original story ideas and themes will be explored. The proposal should also include a realistic and carefully considered budget for what will be required for travel and other operating expenses beyond the individual stipends. A cover letter and CV for each of the applicants is required, to be sent together as part of a single email to info[at]thegroundtruthproject.org.

The deadline for applications is August 15. Selections will be made and announced by September 30. If you have any questions, please contact The GroundTruth Project’s Kevin Grant at kgrant[at]thegroundtruthproject.org.

The GroundTruth Project is a foundation-supported initiative led by GlobalPost co-founder Charles M. Sennott. GroundTruth is dedicated to training the next generation of foreign correspondents in the digital age and produces Special Reports published on GlobalPost. It is focused on issues of social justice including human rights, freedom of expression, emerging democracies, the environment, religious affairs and global health.

Galloway Family Foundation was founded primarily to encourage the advancement of human rights in the United States and around the world. It is the mission of GFF to advance these goals in the most effective manner possible. GFF believes that one of the most pressing areas in need of additional resources is the investigation and reporting, in both print and broadcast media, of human rights abuses in the world.