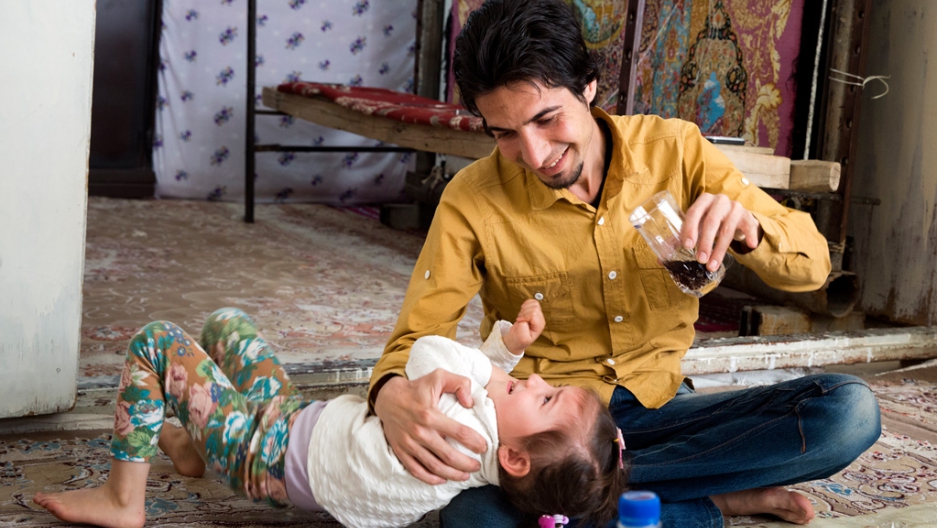 Mohsen Bakhshan, 24, plays with his daughter Mobina at their house in Qom, south of Tehran. He used to work in Qom but he has been unemployed for more than two years.
Credit: Maryam Rahmanian
Share

Iran is mulling a ban on vasectomies and other birth control surgeries as it tries to boost its population.

Iran's birth rate has fallen from 3.22 percent in 1986 to a current low of 1.22 percent, prompting a 14-point decree from Ayatollah Ali Khamenei that called for an increase in the country's population of about 76 million people.

Khamenei said Iran's population should be closer to 150 million or more.

Reaching such a goal would "strengthen national identity," he said in the decree.

In response, lawmakers recently approved a bill that would imprison doctors for up to five years for performing vasectomies or tubal ligations. The bill requires more debate and ratification by a constitutional watchdog before becoming law.

After the 1979 Islamic revolution, Iran's population doubled within 10 years to almost 60 million as authorities encouraged a baby boom to produce soldiers for the war against Iraq.

But in the late 1980s, Ayatollah Ruhollah Khomeini — worried that the country could not support the growing population — issue a series of fatwas making birth control widely available and acceptable for conservative Muslims.

It was a dramatic shift in policy that made Iran one of the more progressive Islamic nations in the world.

As the current Iranian leadership attempt to roll-back those reforms, many Iranians — especially women — are not happy. They fear the campaign could undermine a country in which women still have fewer legal rights than men, but have made significant strides. Women now make up 60 percent of university students. And more of them are delaying childbirth, too.