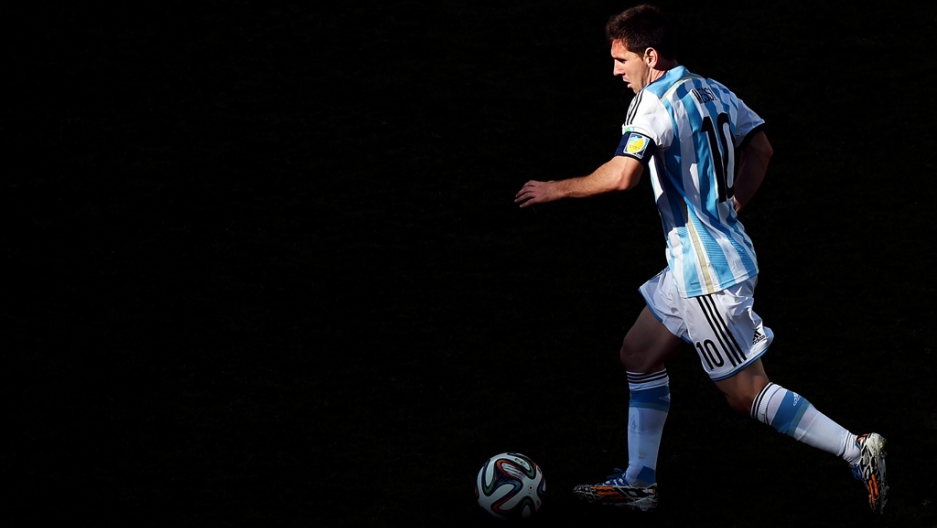 Editor's note: As of Saturday, only four teams remain: Brazil, Argentina, The Netherlands and Germany. We know you will make the right decision.

OK, America, it's time to face facts. The US is out, but the World Cup, it must go on.

We need to focus on next steps, how to move forward. How to choose from the remaining teams.

We're not even sure exactly how to go about it. That's up to you. Maybe you want to base your decision on who you think will win. Perhaps you're already decked out in red, white and blue and would like a low-stress, low-cost way of transferring allegiance based on a team's colors (you have two choices). Or perhaps you have some Dutch friends or something.

However you go about it, GlobalPost would like to be a part of it. Here's a handy list of standout attributes of the remaining teams that will help you decide. No one said it was going to be easy.

If you're looking for a solid underdog to root for, Costa Rica is your team. They've never gotten this far in the World Cup, and not many thought they would this time. Plus, it's not like it's been easy. They had to beat Italy, fer chrissakes.

The last time they got to the knockout stage at all was in Italy back in 1990, when Roger Flores was team captain. Get a load of the hero's welcome his team received back then. If this doesn't sway you, then you have no heart.

The pilot brought the plane in low, breaking out of the clouds. He made a lap of the entire nation, and people came out of their houses to see the great heroes fly overhead. Everyone brought mirrors, flashing a greeting with the reflected light from the sun. The pilot invited Flores up to the cockpit and told him to look down, and when he did, he saw the ground below sparkling. "There were mirrors all over the country," Flores says, and even today, he can still feel their warming glow.

And if you STILL need convincing, here's a practical reason: The Costa Rican flag is, um, red, white and BLUE! So unless you own something that actually has an American flag on it, you're probably all set to transfer allegiance without spending a penny. Happy 4th!

If you like a challenge and doing what people say you shouldn't do, try rooting for Colombia. They play Brazil, on Brazil's home turf, on Friday, so ... good luck.

But, even if they're losing, they do break out into a coordinated dance routine every time they score, so it could be entertaining on the way down. Hard not to feel the beat when you watch this:

No, in all seriousness, they're a great team and they have James Rodriguez, arguably this World Cup’s best player. GlobalPost's John Otis writes about 22-year-old Rodriguez and the five goals he's notched so far — yes, that's more than Argentina’s Lionel Messi — including a most spectacular strike in Saturday’s game against Uruguay.

Also, if you want to talk stakes, we should all be praying they win. In the past, drug cartels have been accused of killing players for losing.

If you are uncreative and/or really smart you will choose to root for Brazil, since they are the favorites and also they are playing at home. Not to mention the fact that they've won more World Cups than anyone else.

But let the record show this choice does not come without its risks. Remember how Brazil opened the World Cup:

Let's face it, they're flashy. They score lots of points. They have Messi. If you like Messi, root for Argentina.

The US team does have five German-Americans on it, so I suppose there's an argument to be made for choosing Germany even though they kicked our butts at the end of the first round.

They are also good at passing. Plus they perfectly embody some favorable German stereotypes in that they are clean and efficient.

Hm. A bit of a gamble, but maybe you're into that? They're a good team with solid players. They've made it to the final twice in the last four World Cups, winning once against Brazil in 1998.

Sometimes they do dramatic things, like when they went on strike in the middle of the World Cup in South Africa back in 2010. That was exciting in a sort of anti-soccer kind of way. And then there was that time Zinedine Zidane headbutted a guy in the World Cup final in 2006. They keep it interesting, we can say that.

Also, they participated in the first-ever World Cup in 1930 and Frenchman Just Fontaine holds the record for the most goals in any World Cup match, as Buzzfeed points out. Fontaine scored 13 goals in the Sweden World Cup in 1958. So that's nice.

The Dutch have come in second place three times. Ah! That's a record. A sad, sad record. Also, The Netherlands flag is red, white and blue, if you haven't already used that rationale to root for Costa Rica. Even though the Dutch play in orange uniforms.

They also have fought the Belgians and lost, as Market Watch points out, though their battle with Belgium was in 1830.

Oh and this is cool: Historically, the Dutch have played a style of soccer known as Total Football, which means any player can take the place of any other player. How cool is that? And this is their cheer, it's called "Hup Holland Hup":

If we're willing to overlook the fact that they are the reason the US is no longer in the tournament, and also the fact that they inflicted perhaps the cruelest rule ever on a colonized people in the Congo, then perhaps we can get behind Belgium.

A bit of a dark horse, Belgium was a soccer powerhouse back in the day but hasn't qualified for the World Cup in 12 years. Now they're back and better than ever. They've got a slew of young, quick players who play an aggressive game.

There's a bit of a fairytale in there, as GlobalPost's Paul Ames points out. "The team is a rare factor of unity in a country divided by language and politics," he writes. "Belgium’s 6 million Dutch-speakers and 4 million Francophones have long drifted apart."

"But whether they call them les Diables Rouges or de Rode Duivels, Belgians are still uniting to root for the Red Devils."