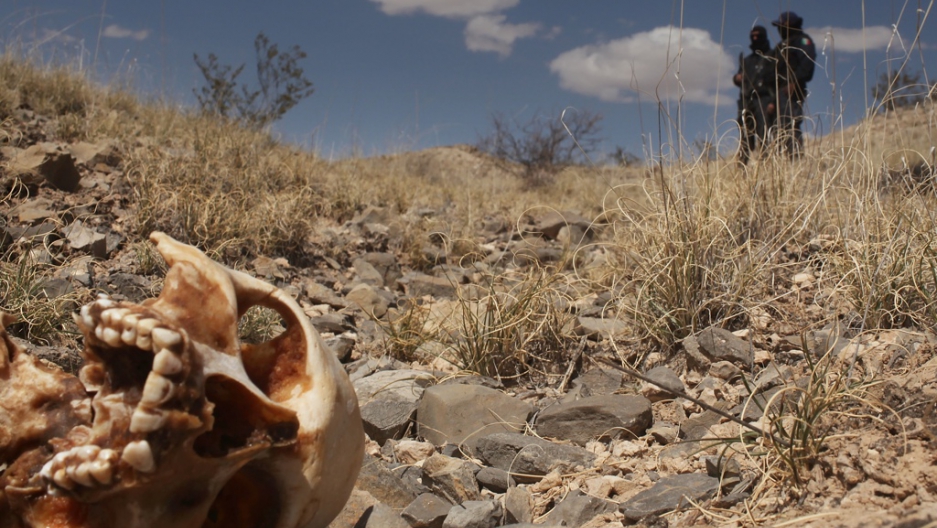 Mass graves, like this one in Juarez, have scarred Mexico from the Rio Grande southward.
Credit: Spencer Platt
Share

Editor's note: This timeline has been updated with new mass graves discovered in Guerrero.

ALLENDE, Mexico — The ranch houses of cinder blocks and tin roofs look like thousands of others that dot the Mexican countryside.

But in February, when police got information that the farmstead hid a dark secret, they dug up the grounds to find a stunning 500 body parts, belonging to an unknown number of corpses that had been partially dissolved in acid.

When GlobalPost visited the ranch, just 40 miles south of Texas, it lay abandoned, with no signs or police tape. Cans of battery acid and other chemicals used to dissolve bodies were still scattered around.

In most countries, such a ghastly find would dominate national news and trigger panic. But this latest atrocity — allegedly the work of the Zetas cartel — gained only limited attention here. It was just one of a series of massacres and mass graves that have plagued Mexico since 2010.

The sites of this terror crisscross the country from close to the Rio Grande to Mexico’s deep south.

New graves keep being discovered. On Oct. 4, soldiers and police found 28 charred bodies buried in pits outside the town of Iguala in Guerrero state. They are conducting tests to see if the remains belong to 43 missing students, who were last seen being bundled into police cars on Sept. 26. More than 20 police from the city have been arrested for working with a drug cartel.

In June, dozens of bodies were found in a ranch in Veracruz state on the Gulf of Mexico.

In one of the worst atrocities, 100 miles south of McAllen, Texas, 72 migrants were massacred in the Mexican town of San Fernando in 2010. The following year, 193 corpses were discovered at a ranch. Human rights activists suggested putting up a plaque for the victims, but city and local church officials rejected the idea.

The San Fernando sites also lie abandoned, with no signs. Many in the town of sorghum farmers are trying to forget this horror that has darkened the name of their community.

However, mass grave sites remain important to the families still searching for their loved ones. About 16,000 people have disappeared in Mexico since 2006, the federal government said in June. In the same time, more than 70,000 have been killed in cartel-related violence, according to counts by the Mexican government and newspaper tallies.

The following are the worst atrocities. Many other mass graves have been discovered and killings taken place with smaller numbers of victims.