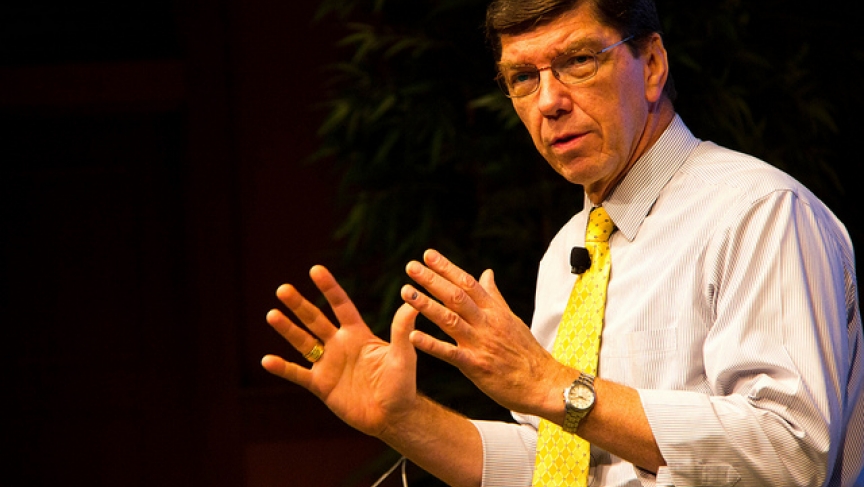 He compares today’s financial situation to the Protestant Reformation. "We need somebody who is the modern Martin Luther, who will just go up the door and [say] these are principles we've got to follow or we're doomed."

Christensen, a Harvard Business School professor and author of “The Innovator's Dilemma,” says that Japan and Europe are already in an innovation drought, and America is on its way to joining them. He says the best and brightest are now working on ways to save fractions of pennies through efficiency, instead of creating new products.

Great ideas once came out of places like Bell Labs (where the laser, the transistor, and multiple computer languages were developed). But that sort of risk-taking may have started to wane.

And the problem lies in the way that businesses and the financial markets measure success.

Historically, access to investment capital was restricted. So we set up ways to make sure money was preserved as much as possible. One metric that CEOs are judged by is "return on capital employed," an equation that divides profit by assets.

As a manager, Christensen says, “I could be more innovative and create more profit and put it in the numerator, but what the heck? "If innovation is just too hard, I can outsource everything and get assets off the balance sheet.”

Essentially, either innovate or fire people.

And measuring success in these ways “has actually broken the system. More and more energy is invested in creating more and more free cash flow, instead of creating innovation.”

So what’s the solution?

Real leadership is needed from businesses. “Because it’s a circular system, there’s very little that government policies can do to solve the problem. Instead, managers need to reframe the metrics,” says Christensen. They must be willing to put aside short-term gain for long-term innovation.