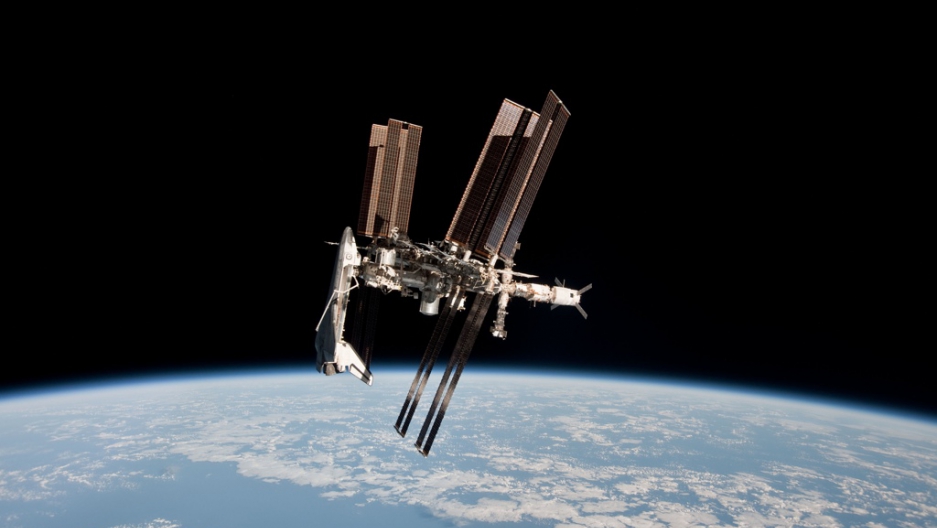 ASUNCION, Paraguay — Think about the future of space travel for one moment.

Chances are Paraguay did not come even remotely to mind.

But now this little, landlocked South American country is determined to put itself on the intergalactic map.

When the Paraguayan government announced earlier this year that it was forming a space agency, that got us at GlobalPost thinking: Why, and how, would this poor, isolated country invest in space exploration, of all things?

It turns out there are all sorts of reasons why developing nations should be looking to the skies to see the future, as we will now explain.

1. So, where is Paraguay again?

Paraguay is squished between Argentina to the west and south, Brazil to the east, and Bolivia to the northwest. Here it is on a map:

2. And this is a poor country, right?

It’s one of Latin America’s poorest countries. The annual gross national income per person was just $3,400 in 2012, according to the World Bank. In neighboring Brazil, that figure was $11,630. And in the United States, it was $52,340. The World Bank calculated that 32 percent of the population lived in poverty in 2011.

3. But are things looking up?

Paraguay’s economic growth rate has been on a tear the last few years. Last year, the country had the fourth-highest real growth rate in GDP in the world, according to the CIA’s World Factbook.

Still, Paraguay remains an unequal country. As the Economist reported, just 6 percent of farms occupy 86 percent of the country’s farmland — and it’s that farmland which is accounting for the bumper growth rates.

The colonels in charge of Paraguay's new space agency. (Will Carless/GlobalPost)

4. So, why space exploration?

Paraguay isn’t about to start sending explorers to Mars or fancy telescopes into deep space. Like a host of other developing nations, its focus on space will, at least at first, be entirely limited to the use of satellites.

Right now Paraguay doesn’t have any satellites of its own. That means for the country’s scientists to obtain satellite data, they have to lease the satellite from a private company or buy the information from a provider.

That adds up, said Col. Lidovino Vielman Diaz (seen above on the left), the architect of the space program and the leader of the “Agencia Espacial del Paraguay.” He said it makes more financial sense, in the long run, for countries to own and operate their own satellites.

“We have a lot of dependency right now,” Vielman said. “Satellite services are very expensive, and it’s not a bad idea to instead invest that money in a future Paraguayan satellite. Why not?”

5. What do these satellites do, exactly?

For Paraguay, you can nix that last one. Only very sophisticated space programs use the spacecraft purely for scientific research. But Paraguay has many uses in the other categories.

For example, Wood said, countries that rely on agriculture use satellite imaging to monitor crops and to check for damaging weather (Earth observation). Farmers can cross-reference that information with GPS to strategically plant crops (navigation). And as Paraguay builds its communication network, a satellite could prove very useful indeed.

Satellites run the gamut from homebuilt cubes that fit in your hand to massive, multibillion-dollar spacecraft.

Small satellites with a shelf life of about five years run from $50 million to $100 million, Wood said.

But there are all sorts of ways of reducing costs. Countries can partner up with each other or even with private companies to build and launch satellites, the Johns Hopkins expert added. And initially, most developing countries choose to outsource almost all the technical work on their satellite programs to private firms.

7. So what’s the cost-benefit analysis?

Paraguay hasn’t yet released any details on how much it will be spending on the new space agency. But certainly, there won’t be any big investments in spacecraft any time soon, Vielman said.

The agency chief admitted he doesn’t know whether any investments will pay off or whether Paraguay should just continue leasing and buying data from providers.

Indeed, the whole point of the agency is to form a working group that will spend months and probably years investigating the feasibility and cost-benefit of various types of satellite program, he said.

8. That sounds pretty smart. Is it?

She explained that lots of countries have attempted to rush into space programs for reasons of national pride and ego. For Paraguay to take a long, hard look at the issues first is the right way to proceed, she said.

9. Will that discussion really happen?

There’s certainly an element of national pride in Paraguay’s decision.

Vielman pointed out more than once in GlobalPost’s interview that Paraguay will be the last country in South America to have its own satellite. And this is a country with longstanding and deep-rooted rivalries with its neighbors.

But the colonel insisted that nobody is jumping rashly into a decision. This will only happen if it makes economic and scientific sense for this country, he said.

“The law [creating the space agency] is the most important law for Paraguay at this moment in time,” Vielman said. “I personally think this is a golden opportunity.”

“Space can be this sort of emblematic item, where even if it’s not leading directly to its own economic returns, it’s an example of why the country is advanced and effective in other areas,” Wood said.