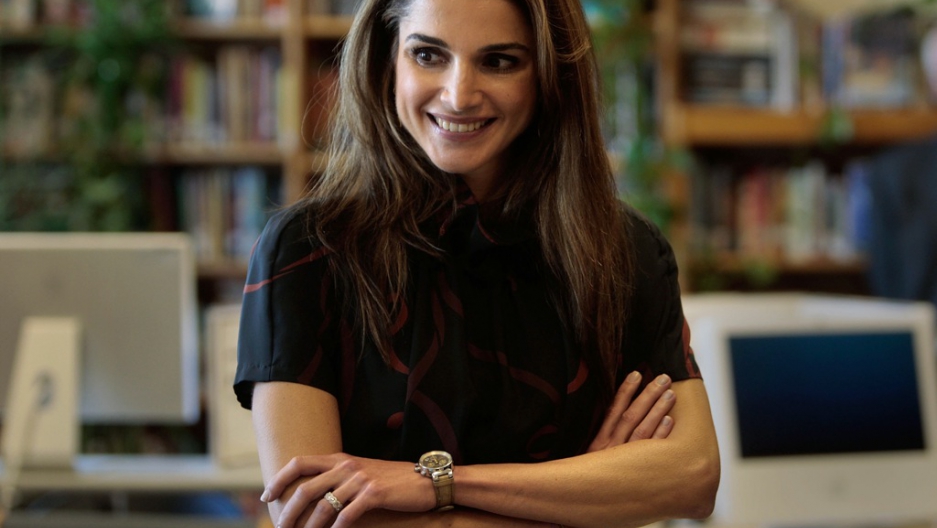 Rania Al Abdullah is the current Queen of Jordan as the wife of King Abdullah II.
Credit: Chris Hondros
Share

When it comes to social media, Barack Obama tweets supreme.

The US president leads the pack of world leaders on Twitter, according to a new report, blowing by the competition with an about 43.7 million followers.

Next closest is Pope Francis at 14.1 followers, although the pontiff was named the most influential world leader on Twitter because of how much he's retweeted (10,000 retweets for every tweet.) He also has followers in nine different languages.

Here's a look at the 15 most popular world leaders on Twitter and their most retweeted tweet of all time, followed by a bit of background on each:

The US president embraced technology and social media early on in his 2008 election campaign. So it may surprise you to know that he never sent a single tweet himself until June 2011. He's now followed by more than 210 word leaders, although Obama follows just two himself — Norway's Erna Solberg and Russian Prime Minister Dimitry Medvedev. His most popular tweet was sent out after he won re-election in November 2012, and was the most retweeted tweet of all time until Ellen DeGeneres' Oscars selfie stole his glory.

Former Pope Benedict XVI became the first pontiff on Twitter, but it's been Pope Francis who's really taken control of the medium in his role as global head of the Catholic Church. His tweet on Easter Sunday this year is now his most popular. The most used words on the papal Twitter account, which tweets less than once a day, are God, Jesus and love, according to Twiplomacy.

Indonesia's president has seen his popularity explode since sending out his first tweet above, which is also his most retweeted. Yudhoyono, who signs his personal tweets with his initials SBY, sends out an average of seven tweets a day but rarely mentions or replies to his followers. He also doesn't currently follow any other world leader. Indonesia has the fourth largest population in the world. It also has more Twitter users than most other places in the world.

Within weeks of his election in May 2014, India's new prime minister became one of the most popular world leaders on Twitter, gaining millions of followers within weeks. His account was one of the major communication channels during the 2014 election campaign and is very active, with an average of six tweets per day. Since becoming prime minister, he's made a number of diplomatic overtures to other foreign leaders via Twitter and is mutually connected (followed by and following) the prime ministers of Bhutan and Japan.

Turkey's leadership has long used Twitter to make political statements in Turkish, English and Arabic. But on March 20, 2014, the Turkish Telecommunications Authority blocked Twitter ahead of local elections. That day was also the social network's eighth anniversary. Gul opposed the ban on his personal Twitter account and managed to get around it, tweeting "A total shutdown of social media platforms cannot be approved" on March 21. His most popular tweet, when translated, reads "One is really amazed how far we have come."

Turkey's prime minister has taken a far different stance on social media than Gul, calling Twitter a "menace to society" in his public remarks about the Taksim Square protests in 2013. He was Turkey's first leader to join the social network in 2009, but has since vowed to get rid of it. Most of his tweets are political statements, as is his most popular tweet, which concerns Syrian President Bashar al Assad.

Describing herself as a "mum and a wife with a really cool day job," Jordan's Queen Rania began tweeting during the visit of former Pope Benedict XVI to Jordan in May 2009. She mixes her personal and political lives, tweeting out photos of her family while also advocating for issues like education, health and community empowerment.

The United Arab Emirates is among the most engaged Gulf nations on social media, and its leader is at the forefront with a fairly active Twitter account. Tweeting in both Arabic and English, the sheikh's most commons topics are UAE projects and policies, as well as local events and meetings. His most popular tweet is a message congratulating the UAE for landing the World Expo in 2020.

A su Santidad Francisco I pic.twitter.com/a1ujwamYmk

One of the world's most connected leaders, it should come as no surprise that the most retweeted tweet from Argentina's president is a congratulatory letter to Pope Francis, an Argentina native. "To your health Francis," the tweet reads. Kirchner is a fan of selfies, and often posts long texts divided into several tweets. She's been on Twitter since 2010, and is the most followed leader in Latin America.

Newly re-elected to another term, Colombia's president was particularly busy on Twitter during the months leading up to May's elections, tweeting an average of five times a day. His most retweeted tweet was posted during that most recent campaign, a photo of Santos with his wife and two sons. He directed the tweet at his daughter, who was not present.

Mexico's president has one of the oldest Twitter accounts among world leaders, joining in 2007. His tweets mostly relate to official acts and government actions, like his most popular tweet, which praised Mexican authorities for the capture of drug lord El Chapo in February 2014. His tweets are retweeted an average of 371 times, according to Twiplomacy.

Brazil's president abandoned her Twitter account following her election in 2010, but began tweeting again in September 2013. Her most retweeted tweet is the last tweet she sent in December 2010, telling her followers she hoped "to have more time to be here (on Twitter) with you." She tweets about once a day on average and is retweeted about 91 percent of the time, according to Twiplomacy.

Dubbed "iPhonechik" for his use of social media, Russia's prime minister hasn't tweeted much since he took office. He's only mentioned three other users and replied once to President Barack Obama since May 2012. His most popular tweet is a strange one, responding to rumors that his cat had disappeared. "As for the cat. From sources close to #Dorothy, it has become known that he was never lost. Thank you all for your concern!"

Joining Twitter in 2009, the president of the Philippines now has one of the most-followed Twitter accounts in Asia. His stream is dominated by Facebook updates, although he does share infographics about the country's economy and foreign investments directly to Twitter. Aquino doesn't engage much with his followers, and follows just one other world leader — Malaysian Prime Minister Najib Razak. His most popular tweet is related to Typhoon Haiyan, asking for the public's help and cooperation.

Venezuela's president is the second most influential world leader on Twitter behind Pope Francis, receiving an average of 2,065 retweets per tweet on his Spanish account. Like the pontiff, he's created Twitter accounts in other languages, but only five are active with more than 20,000 followers each. His most popular tweet dates back to December 2013, when he reported a "strange" blackout in Miraflores amid a series of power failures across Venezuela.