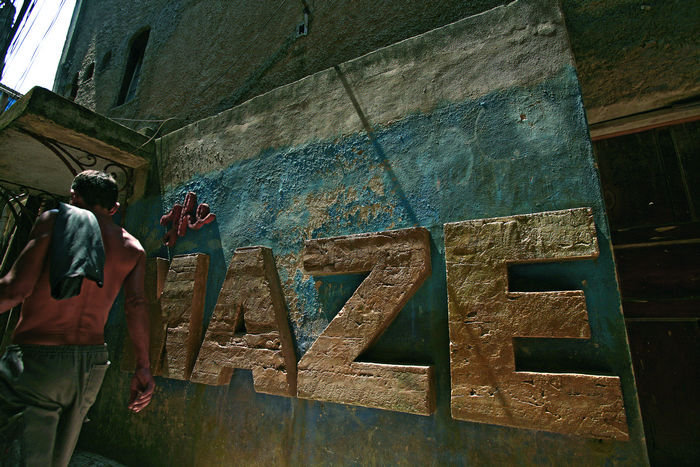 Hotel rooms in Brazil are more than twice as expensive as usual during the 2014 World Cup. For many soccer fans, the price tag was just too much.

That’s how favelas have become a unexpected alternative for travelers. The neighborhoods are some of the poorest in Brazil, but in many cities they sit near richer areas and popular tourist sites. Now some of them are housing tourists who want cheaper beds and a more authentic Brazilian experience.

"It's just the most unique sort of grassroots experience you could have in Brazil," says Hannah Bratton, who's staying at The Maze Inn in Taveres Bastos, a favela perched high over Rio de Janeiro. "I'm able to speak with Brazilians who live here and have grown up here for all of their lives."

Bratton traveled to Brazil from Rhode Island. She says she knew it would "cost a pretty penny" to see the World Cup, and the cheaper rates at The Maze Inn were important. But she's most excited about the side of Brazil she's getting to see. That includes playing with the local kids who fill up every spare minute with games of soccer.

"When we first got here, I was so excited I jumped in and was trying to keep up with the kids," Bratton says. "[I] even pulled a muscle a little bit because I was so excited to be here in Brazil for the cup, playing football on a pitch with these kids who live and breathe the sport."

The Maze Inn is owned by a former BBC correspondent, Bob Nadkarni and his wife, Malu. Bratton believes the hotel is special because of Nadkarni and his role in the community. “It’s a very unique place because he is sort of community leader," she says. "[He] really took leadership in turning [around] the favela, which formally had a lot of issues with police corruption. He turned it into this place of wonderful community.”

Bratton said Nadkarni worked hard to clean up the area and clear it of weapons. He worked with Brazilian security forces to create a safe area for families and businesses as part of the Brazilian government's "pacification" program. That effort is meant to secure favelas, which are known for crime and drug problems, and make cities safe for the tourists coming for the World Cup and the 2016 Olympics in Rio.

The pacification efforts haven't been all positive. The police and army have been accused of using excessive force to clear out drug dealers and other criminals; both officers and favela residents have died during the campaign. And riots have broken out in the favelas as recently as April, in addition to the massive anti-FIFA protests that rocked Brazil this year.

But despite fears over the police presence, some favela residents think that pacification has improved life. Earlier this year, some of them told The World's Jason Margolis that they felt the government was finally paying attention to the needs of their neighborhoods.

And Bratton says she's felt a unique sense of pride during her stay at The Maze Inn. "It’s not a slum," she says, "it’s a community.”