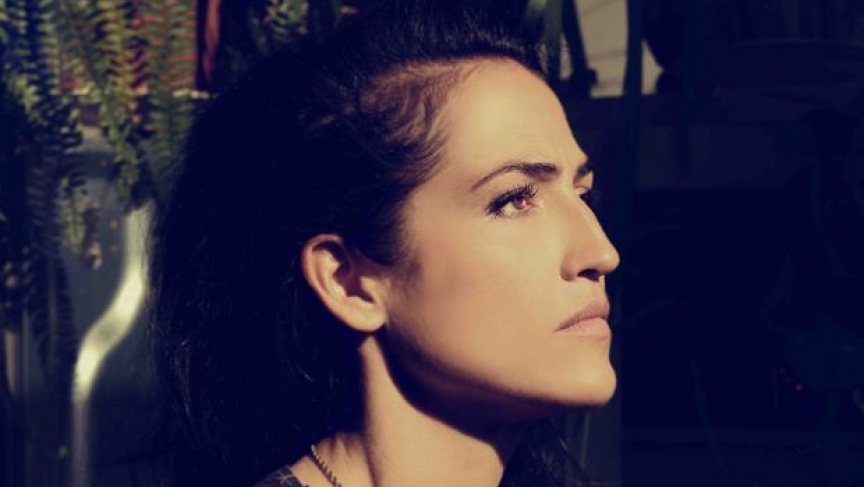 Wasser had played the violin seriously since she was a child — through college at Boston University and even with the Boston Symphony. But she wasn’t satisfied with that world. “I loved studying classical music,” Wasser says. “And I knew I had absolutely nothing to contribute to the Beethoven concerto that hadn't already happened.”

So in 2002, she struck out on her own and established an indie pop identity: Joan as Police Woman. Now, she has just released her fifth album, The Classic.

The Classic reflects both the Motown influence of her childhood and a new level of artistic freedom. “I grew up listening to Motown, the Jackson Five and Diana Ross. That’s the first music I heard on AM radio before I would go to elementary school,” Wasser says.

“With each record, I tell more of the voices in my head that say, ‘You can't do this, you can't do that,’ to take a hike,” Wasser explains. “I really promised myself that I was just going to get to the end of the song and then decide if it was ‘for my voice,’ or whatever. And then, of course, by the time you get to the end of the song, you’re used to singing it the way that you had sort of hoped you might be able to.”

It's the latest step in Wasser's long transition. She always listened to a lot different kinds of music as a kid and was going to punk rock shows when she was a teenager, while also continuing to study violin.

“I didn’t actually see that much of a difference between classical music and any other kind of music,” she says. But she had never really explored playing anything else.

“I played along, secretly, to Jimi Hendrix — that was about it,” she says. “When I got to college, I started playing with my guitarist friends and I had to really learn how to not read off the page and trust myself, because that's all I had done. To learn to just make the notes up yourself — it was like a leap of faith. It was horrifying at times and mostly absolutely glorious.”

She spendt more than a decade in supporting roles — playing the violin in the punk band The Dambuilders and with Antony and the Johnsons, then touring with Rufus Wainwright. She decided that playing this new kind of music was what she had to do.

“It was really the only thing that made me feel like life was worth living,” she says, with a self-mocking laugh. “It was the thing that gave me joy. So I just went from there and started writing songs and started singing — and hating both of those outputs for a long time. I didn't sound like Nina Simone and I wasn't writing Joni Mitchell songs instantly, so life was not worth living.”

When she began writing her own songs, Wasser first performed under her given name. Then she realized audiences were expecting to hear a solo violin show. She knew she needed a new name that went with the music she was making, and Joan as Police Woman was born.

Wasser says the name Joan As Police Woman is a deliberate reference to the TV show starring Angie Dickenson — and also deliberately funny.

While still startlingly honest, The Classic is decidedly happier than Joan As Police Woman’s previous albums. Wasser has not lost her knack for lyrics that are surprisingly candid and personal.

“A lot of times when I write the lyrics initially, I think, ‘No way is that ever going to make it into the final song. That's too revealing, or too embarrassing, or I could never want anyone to know that I felt that way.’” Wasser says. “Then, again, by the end of the song, I think, ‘C’mon, everybody else has felt that in some way.’ It's how I liberate myself from those feelings — by saying them in public, by outing myself.

“Stevie Wonder writes songs that are really up, but not light,” Wasser explains by way of example. “I made it a point to make that a focus in my songwriting. It's pretty easy to write a really sad song that’s totally fatalistic and” — melodramatic voice — “‘What's the point?’”

Does she worry that too much contentedness will sap her creativity?

“I don’t think any of us have to really worry about getting too happy,” Wasser says. “Life is really, really intense and it’s never going to just provide happiness all the time.”

Also, here is a bonus track from the same interview: