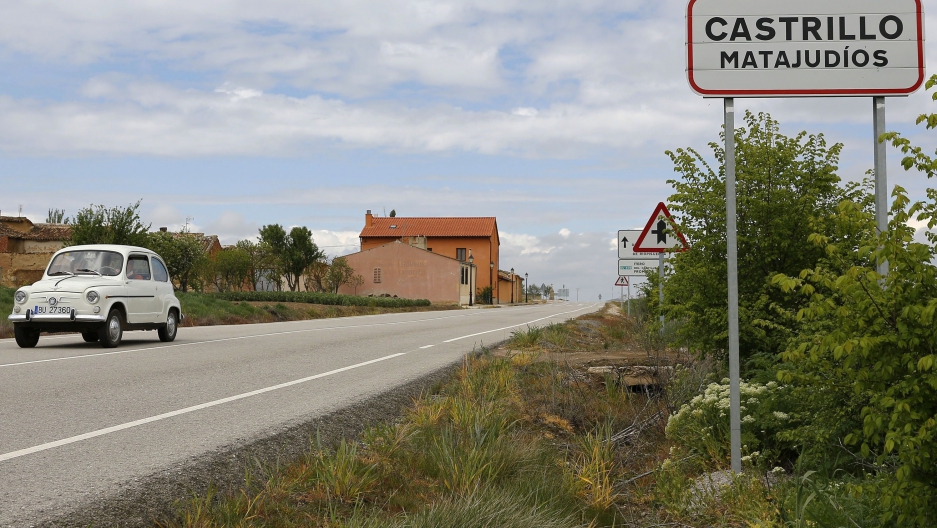 MADRID, Spain — Half a millennium ago, Queen Isabella and King Ferdinand presented Jews living here with a stark choice: leave, convert or face burning at the stake.

Some 50,000 Jews would eventually flee after passage of the Edict of Expulsion in 1492, giving birth to the Sephardic diaspora — “Sepharad” meaning “Spain” in Hebrew.

Today their descendants live mainly in Israel, France, the United States and Turkey.

Among those who remained, some who formally converted secretly maintained their faith under fear of constant persecution by the merciless Spanish Inquisition.

Now the Spanish authorities are finally seeking to redress the injustice. Earlier this month, the government approved a draft bill that would grant dual citizenship to those who can prove themselves to be descendants of expelled Jews — in addition to passing a Spanish culture test. Officials say they expect up to 90,000 applications in the coming years.

The same privilege isn’t being conferred on members of another community that was expelled because of policies aimed at maintaining “clean Christian blood.” More than a century after the Jewish expulsion, the Moriscos — Arabs previously forced to renounce Islam and become baptized — suffered the same fate.

Around 275,000 ended up in North Africa, where they left an imprint on architecture, music and cuisine.

A Moroccan association representing their descendants recently sent Spain's King Juan Carlos I — who abdicated this month in favor of his son Felipe — a letter requesting the same conciliatory measure.

The authorities balked. Denying accusations of double standards in an interview with El Pais newspaper, Undersecretary of Justice Juan Bravo wrote, “We’re not rewarding being expelled, but maintaining Spain’s links with its culture.”

“The Sephardim kept their identity traits,” he added, referring to expelled Jews, while Moriscos “assimilated to the culture of the places they settled.”

Despite their treatment, both previously persecuted groups influenced Spanish culture in ways that are still very much evident today.

More than 10 percent of Spanish men have a “very high” proportion of genetic characteristics attributable to populations originating in North Africa, and almost 20 percent to Sephardic Jewish ancestors, researchers from Leicester University in England and Spain’s Pompeu Fabra University found in 2008.

But there are far more visible traces in tradition and language.

The ubiquitous Serrano ham legs hanging in restaurants and homes across the country are the legacy of public displays of pork-eating — prohibited by Judaism and Islam — by new or pretending Christians hundreds of years ago.

“Those never seen eating pork became suspects of the Inquisition,” says historian Sebastian de la Obra, director of Casa Sefarad, a museum of Sephardic culture and tradition in the Andalusian city of Cordoba.

The Spanish expression “hacer sabado,” or “Saturdaying,” refers to housecleaning and washing by converted Jews, who left windows and doors open to prove they weren’t observing the Sabbath, the Jewish holy day of rest.

The eight-century Muslim presence in Spain is particularly evident in architecture, perhaps most famously in Granada’s magnificent Alhambra fortress and in the Great Mosque of Cordoba, now a cathedral.

The Spanish language has thousands of words derived from Arabic. Some believe even the famous “Ole!” frequently heard in bullfighting, flamenco shows and almost everywhere else may come from “Allah.”

Spaniards have traditionally downplayed that huge cultural impact, says Rosa Isabel Martinez Lillo, a professor in the Arab and Islamic Studies Department of the Autonoma University in Madrid.

“There’s a tendency from the time of the Catholic kings to deny every Arab influence on our thinking or acting, to separate Spanish and Arab idiosyncrasies,” she says.

Spain also has many reminders of the campaigns against the Moors — Muslims who spent centuries on the Iberian peninsula — and Jews.

The village’s mayor attributes the town’s name to an errant scribe, alleged to have miswritten an official document four centuries ago by changing “mota,” or “mound,” to “mata,” or “kill.”

“This is a diversity-built country,” he says. “And yet terribly sectarian.”