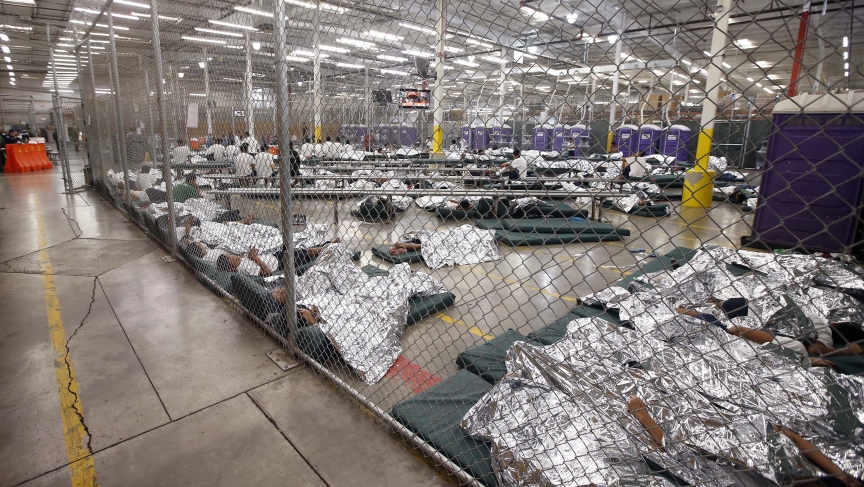 Young migrants from Central America are held at the US Customs and Border Protection (CBP) Nogales Placement Center in Nogales, Arizona, on June 18, 2014. US officials provided media tours of two locations in Brownsville, Texas, and Nogales, that have been central to processing the more than 47,000 unaccompanied children who have entered the country without authorization since October 1, 2013.

For some people, the surge of Central Americans crossing the US-Mexico border is triggering déjà vu.

More than 30 years ago, nearly one million Guatemalans and Salvadorans began fleeing to the US, escaping civil war. Like today, there was a debate about whether those migrants were refugees eligible for asylum or unauthorized border crossers who should be deported.

Frustrated, some American activists violated federal law to help some migrants stay in the US.

John Fife was one of them.

Back then, he was a pastor at Tucson’s Southside Presbyterian Church. “We are located in the oldest and poorest barrio in Tucson,” Fife said on a recent weekday visit to the church.

In the early 1980s, the civil wars in Central America worried Fife. Guatemalans and Salvadorans were fleeing military-led massacres and death squads. “Everyone in the international community said to the United States, 'These people are refugees, the conditions they are fleeing justify a grant of political asylum to them,'” Fife said. “And the United States government said no."

Initially, nearly all Guatemalans and Salvadorans seeking asylum were denied. Policies eventually changed and many of the original applicants were allowed to live in the US legally. But until those changes happened, Fife knew that deporting people back to their countries could be deadly.

He decided to act. So did others, including activist Jim Corbett, who approached Fife with a proposal. “[He] basically said, ‘John, I don’t think we have any choice but to help people cross the border without being captured by Border Patrol,'" Fife recalled. 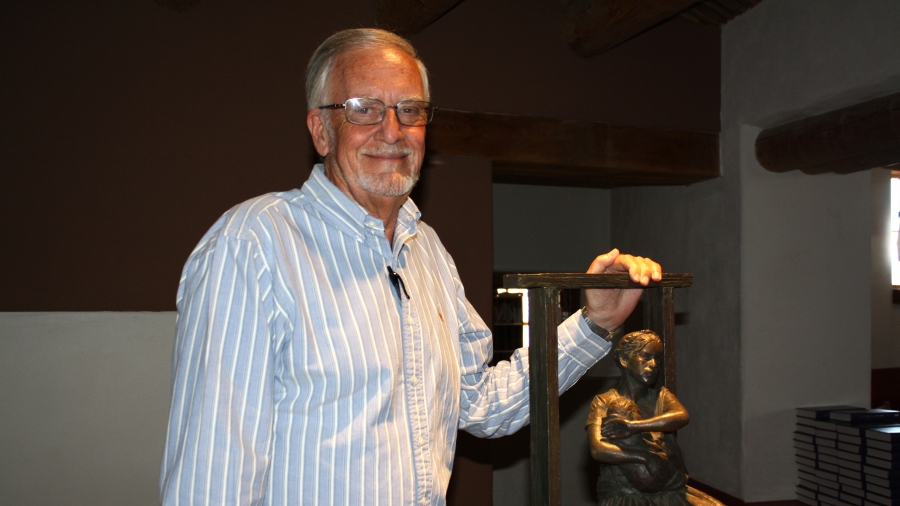 So Fife and about 20 other activists in Tucson basically became pro bono smugglers. Fife said he thought hard about his activism. “Am I willing to go to jail for a year or two in order to save this family from deportation to death?” He told himself yes.

The activits helped migrants get from Northern Mexico to Southside Presbyterian. A simple room off of the church’s courtyard doubled as a sleeping area for the migrants. Today, it remains much as it did then. It has a polished cement floor and a kitchen on one side.

“This used to have 50 to 60 people, just sleeping on the floor every night when we began,” Fife said.

In 1982, the church announced to the federal government it was providing sanctuary to the Central American immigrants and shielding them from deportation.

“Their response was: 'If you do that, we’ll indict you,'” Fife said.

Even so, the sanctuary movement, as it became known, spread to other churches and synagogues around the country. An underground railroad formed to shuttle immigrants from the US-Mexico border to as far north as Canada.

The federal government did prosecute Fife and others. Fife received five years of probation, instead of jail time.

But the sanctuary activists counter-sued and by the early 1990s public policy shifted.

“The government agreed to stop all deportations to El Salvador and Guatemala,” Fife said. “And they agreed to a whole series of reforms to the political asylum process.”

Patricia Barceló was a scared 12-year-old from Guatemala when her family came to Arizona. At the time, her parents were union organizers and were being targeted by the right-wing military power in Guatemala.

“I can proudly say, sanctuary rocks — that it is because of them that I am alive,” Barceló said on a recent visit to the church.

Today she’s 40, works at a hospital in Tucson, and has a teenage son. But Barceló remembers meeting John Fife her first night in the US in December 1985.

“I remember when I was crossing the border, all I wanted to get out of this ... was that I was going to have a chance — that I was going to sleep with my shoes off, that nobody was going to come to my house with guns and kill my family,” Barceló said. “That was my understanding of why I was coming up north.”

Now, the current wave of children and families fleeing Guatemala, Honduras and El Salvador brings back memories. “I have that sense of guilt that not everybody in my country got out,” Barceló said. “A lot of them that needed to got killed. They didn’t have the same chance that I did. I think the kids that are coming up right now are just asking for an opportunity to survive to have a home, and have a safe home.”

Fife sees a lot of parallels between this current moment in Central America and the 1980s. He said that Central Americans are still fleeing death threats, killings and massacres — but this time, it's organized crime and drug cartels, rather than the governments driving the violence.

For his part, Fife wants to see a revival of the sanctuary movement.

It could start with his old church. Just last month, Southside Presbyterian offered sanctuary publicly to a Mexican immigrant for the first time in more than 20 years.