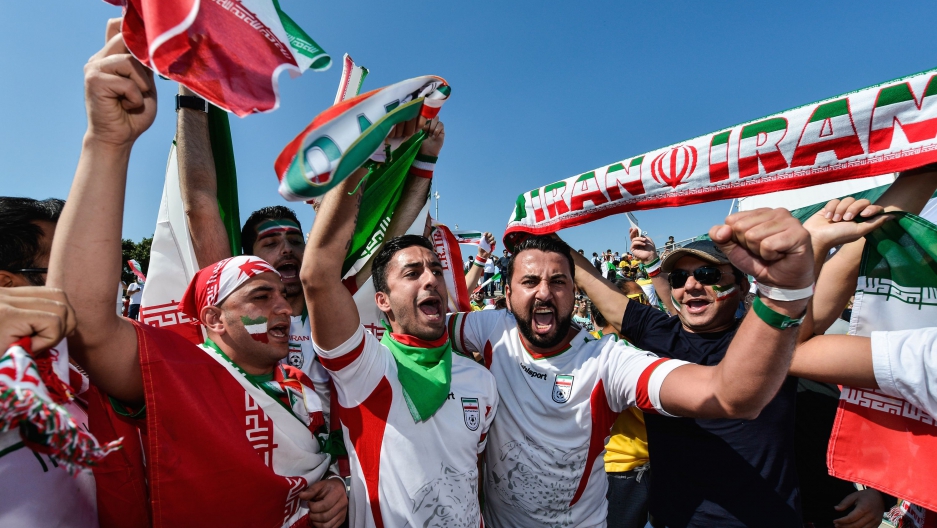 Iranians poured into Tehran's Vanak Square following the game to celebrate a valiant effort against one of the world's best teams, honking horns and waving flags while setting off firecrackers and just being generally rowdy.

But no one was arrested. No crackdowns occurred.

So maybe that's why the country randomly arrested two people Monday who appear in this video singing and dancing to support the national soccer team.

The video, produced by the London-based Ajam Band, has been out for weeks. And it shows Iranians doing what hundreds if not thousands of people did Saturday. But there is one big difference. There are women in the video. And they aren't all wearing a headscarf.

The display earned a sharp rebuke and warning by police chief Colonel Rahmatollah Taheri. He called the video "vulgar" in an interview with the country's official IRNA news agency and urged youth not to take part in "such activities."

Iran has largely downplayed the World Cup. No national team flags hang from homes or car antennas, most restaurants have been told not to show the games and only a few soccer-related billboards can be found around Tehran.

But the country's president, Hassan Rouhani, did take in one of the team's games last week in what is perhaps the loneliest viewing party ever.

Proud of our boys who secured our first point--hopefully the first of many more to come. #WorldCup2014 #TeamMelli pic.twitter.com/9pzyT1Dr3f