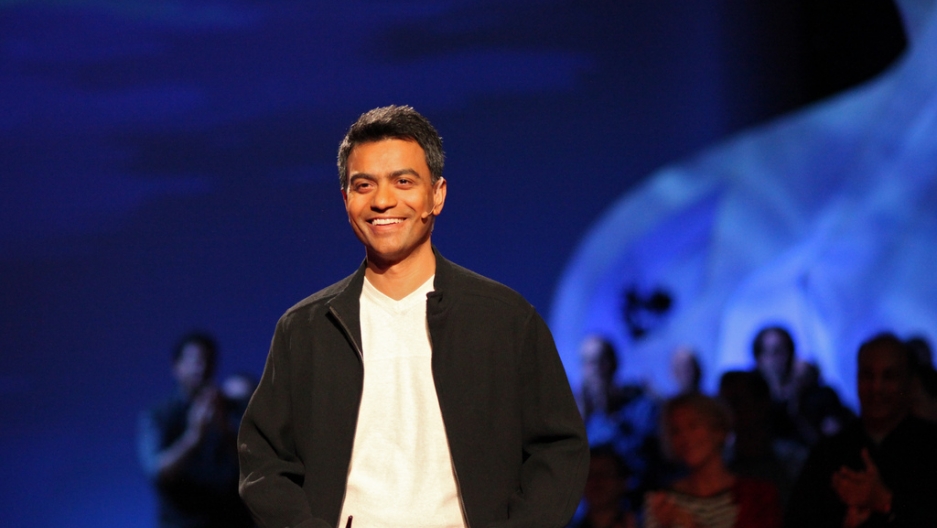 There was a time when hammy, low-budget sci-fi movies flew under the radar — until they were lampooned on Mystery Science Theater 3,000. But that was before Twitter.

Remember Sharknado? The campy disaster movie featuring hungry, airborne sharks was a shock hit on Twitter, generating 5,000 tweets a minute when it aired last year. It got low ratings, but in parts thanks to its social media appeal, there's a sequel in the works.

Deb Roy, Twitter’s chief media scientist, says the Sharknado phenomenon foreshadowed something big. “Because it just somehow hit a nerve amongst a group of people who were watching it on Twitter, it drove this conversation that spilled into timelines of people who had no idea this strange little movie was airing," he says.

Roy believes Twitter isn't just a way for people to engage with the ideas of the day; it’s shaping the entire discussion. “Seeing other peoples’ opinions in the moment shapes how I interpret that moment," he says. "It’s actually feeding back into the audience and having effects of how audience members are interpreting what they’re seeing."

This instant feedback loop affects more than just your favorite TV show. Politics, advertising and the news industry will all feel the impact of Twitter in ways we can’t yet comprehend.

Historically, when new forms of communication have arrived — such as the telephone, radio or television — it has taken decades to build networks and fully absorb changes.

But in our post-Internet world, Roy says, “all you have to do is write some code and you can just dream up a new communication medium and say, ‘I’d like it to move pictures, but not sound. I’d like it to spread publicly. No, I think I’d prefer it to spread privately.'"

Increased polarization — when people only listen to the voices they agree with — is a big concern. But social media also has the potential to break down barriers.

“When you have a big public network where opinions can traverse very easily across a network, and reach people who would not have even known to follow a certain person, that sometimes an idea or an opinion can spread across polarized lines," Roy says.

But Roy admits that Twitter's reach is still fairly limited — even smartphones and the Internet are the province of those who are relatively well-off. And that, he says, is a problem: “Access to the Internet and access to services like Twitter should really be — just to speak frankly — a basic human right."