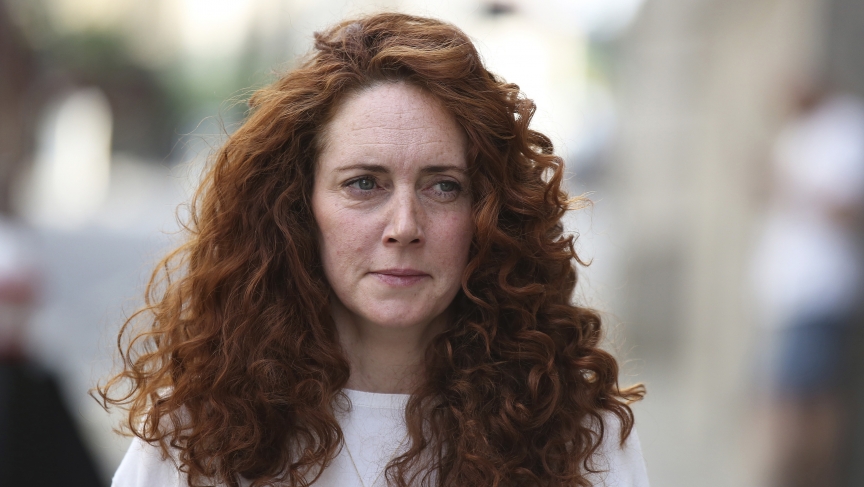 It was the scandal that shook Rupert Murdoch's global media empire.

And Tuesday, there was a verdict in the phone hacking trial involving two of Murdoch's top editors in Britain.

Rebekah Brooks, the former head of Murdoch's newspaper holdings in Britain, was cleared of hacking charges.

While Andy Coulson, former editor and head of communications for Prime Minister David Cameron, was found guilty of conspiracy to illegally hack into the private phone mail messages of sources.

There were alleged hacking incidents of everyone from government ministers to crime victims.

Alan Cowell, reporter for the New York Times in London says the evidence over the seven months trial pointed to two disparities between Brooks' and Coulson's cases.

"One was that [while] Rebekah Brooks edited the paper, there were only 12 identifiable instances of hacking. From 2003 to 2006, after Andy Coulson took over the prosecution, [there was] a lot more data of phone hacking and phone intercepts," he says.

Cowell says Coulson acknowledged one instance of hacking and that was the difference in the two cases.

According to Cowell, the impact of this case has already been felt in the British media.

"The News of the world, the main newspaper involved, was shut down by Murdoch when the scandal blew out of proportion in July 2011," he says. "There has been a lot of debate in Britain about how the press can self-regulate there."

He also says that the Murdoch papers have had to pay out large sums in compensation and show new controls to prevent this kind of hacking from happening in the future.

Cowell says there are more trials to come in the future for lesser players, he says.

As for reactions to the court decision in the UK, Cowell says the people who felt the most aggrieved were an advocacy group called "Hacked Off."

“There is a joke going around Twitter that they’re changing their name now to ‘Very Hacked Off.’ Because, they feel that there should have been a greater punishment for Rebekah Brooks," he says.

“The whole idea that the tabloid press was the biggest threat to any one’s privacy has to have taken a back seat to the kind of intrusion that we know can be done by state agencies like the NSA and GCHQ (NSA equivalent in Britain). There’s a sense here that we’re talking about a different era,” he says.

The hacking scandal was brought to light three years ago when it became public that Murdoch's paper had hacked into the cellphone of a murdered schoolgirl.