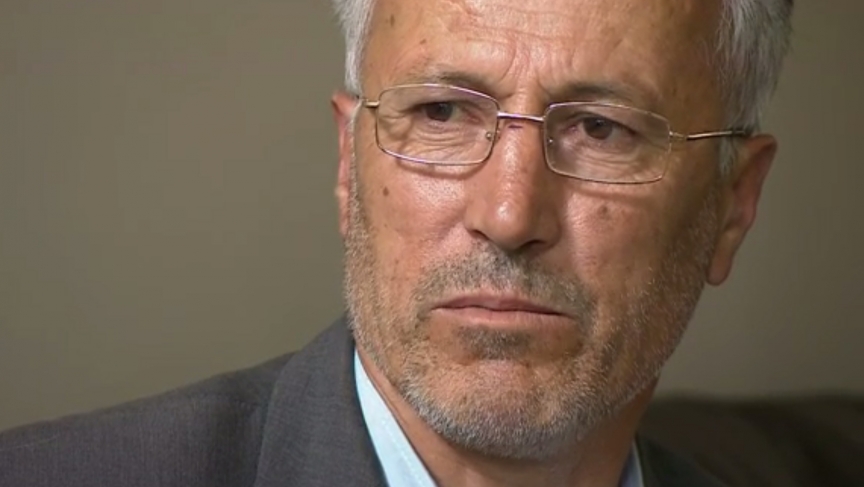 Rahim Kalantar speaks with the BBC's Shaimaa Khalil, at his home in Coventry, England. His son Ali traveled to Syria in February "to help the people."

His 18-year old son, Ali, snuck off to Syria with two friends from their homes in Coventry, England, in February. One of the young men has since tweeted that he’s now with ISIS, the Islamic militant group tearing up Syria and Iraq.

The three are among about 500 British citizens who have gone to fight in Syria over the past three years.

A big worry here in the US and in Europe is that these men could one day return — as terrorists.

Shaimaa Khalil with the BBC went to the city of Coventry, England, to investigate the case of the three boys.

She interviewed Rahim Kalantar as well as Khabir Amani, whose son Rashed was another of the three. Both families are originally from Afghanistan.

“We lived in a war-torn country,” Kalantar told the BBC’s Shaimaa Khalil. “If it was not for the kids I would never have come to this country. I came here so the kids would get a good education. But we never got to that point. We are stuck in such misery.”

Both fathers also said they had left Afghanistan to get away from extremism, and yet it now looked like their boys were being lost to it anyway.

Khalil says there’s a growing trend in the west for young Muslim men and boys “trying to go to Syria to fight for a cause. To help the Syrian people. They see these images on TV. They see the West, the US, the UK, not doing enough to change the situation on the ground. ... All of this unfortunately is a tragic reality. But it’s also very good recruiting material. Groups like ISIS use this on social media to say come and help your Syrian brothers and sisters.”

The three young men have spoken with their parents, but were evasive when asked about their activities, other than saying they were "helping" the Syrian people. It was the third boy in the trio, Mohammed Ishmael, who tweeted he was now with ISIS.

The fathers say their boys had never shown signs of radicalism. Ali Kalantar had in fact tried a career in modelling just a few months before leaving for Syria. He had just been accepted to study computer science at a university. Rashed Amani was in his freshmen year at college.

The families alerted the authorities when they realized the boys were gone, but they missed them by just minutes.

Ali’s father, Rahim, says the worst part is the uncertainty. “Anything is possible. It’s possible that he might take part in fighting, he might be killed. He might kill an innocent person. I don’t want to blame him for something he hasn’t done. But when they return, perhaps one day they might make trouble.”

The two fathers are going public to try to get the UK authorities to help them. Khalil says they also want to control the narrative, so that their sons are not seen as anything other than what they see them as: victims.

Khalil also says the two fathers told her that the boys’ mothers were crying endlessly for their sons.

Kalantar says he just wants his son back. “I’ve already told him that I am your father, and I know that all children make mistakes. You are my son. When you return I will be beside you everywhere and all the time. I won’t let others harm you, whether it’s in the UK or anywhere else. Just come back. Return and put an end to the grief of your father, mother, sisters and brothers.”