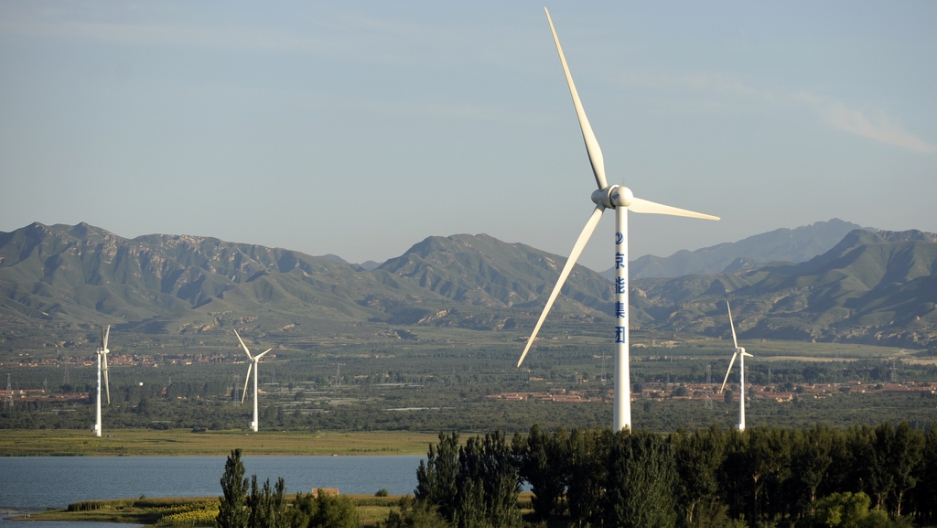 This picture taken on Aug. 25, 2010 shows a windfarm on the outskirts of Beijing.
Credit: PETER PARKS
Share

Using data from the U.S. Energy Information Administration , we found which countries are producing the most electricity from renewable resources. But before you get to thinking China and the United States are pioneers in clean energy, remember that the chart above refers to total electricity generated from renewables, meaning on a global scale these countries produce the most clean electricity. To get a better sense of which country is actually the most green, we have to look at the numbers relative to total electricity consumption in each country.