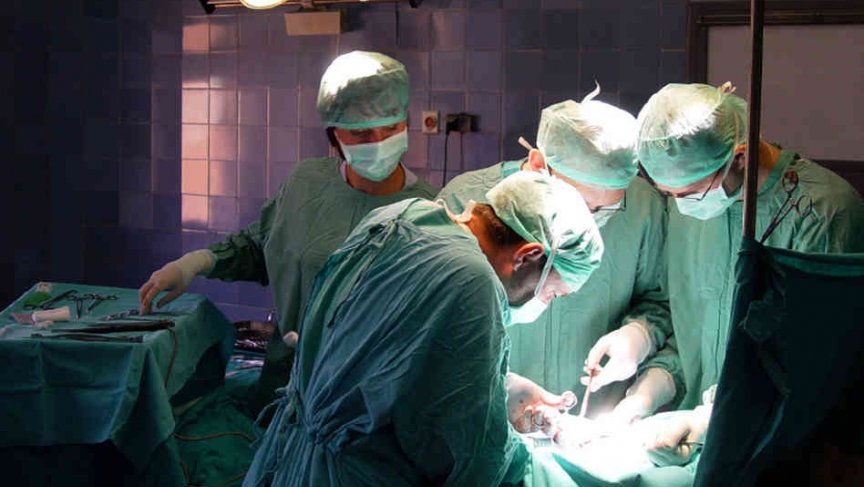 Routines for patients about to enter the operating room have been the same for a while — but a new regimen proposes to change that.

If you've ever had abdominal surgery, you might remember the routine: no food after midnight, or a liquid diet — maybe even a complete colon cleanse. Then, after the surgery, IV painkillers and no eating until the doctors say it's safe.

But doctors at the Mayo Clinic in Minnesota are questioning the necessity and the benefits of these protocols.

Dr. Robert Cima, chair of the surgical safety and quality committee at the Mayo Clinic in Minnesota, says there is little science to support this protocol. Patients might even recover more quickly without it.

He says surgeons across the world have been asking, "Why do we do these things? And are they the right thing to do for our patients?"

“When you go into surgery, it's a trauma, no matter what it is,” Cima says. “It's a major undertaking for your body; and just like anything else we do in the real world outside of medicine, your body needs to be prepared. It needs to be able to re-energize itself and rebuild itself.”

Many pre- and post-operation procedures were originally put in place for the benefit of the surgeons. The belief was that they were equally beneficial for the patient. Dr. Cima thinks surgeons should be looking at it the other way around: “Maybe what's best for the patient might actually help us. And if we can change our ways of doing things, that benefits everybody.”

This applies to post-surgical treatment as well. “People used to think that you couldn't feed anyone,” Dr. Cima says. “You had to have a tube in your nose for a day, or two days, to protect the work that the surgeon had done. Well, there's really been no science behind that at all.” In fact, he says, this practice is associated with other complications.

“A lot of the things we've done in the past don't add up to patient benefit,” Dr. Cima insists. “We should be trying to get the patient back to being who they were beforehand — starting to eat real food, getting up, walking around, avoiding systemic narcotics. We’ve seen real benefit to this, not just here at the Mayo Clinic, but at other institutions that practice this way.”

Dr. Cima does add an important caveat: For this regimen to be effective, patient care has to be carefully coordinated — and that is not always the case.

“You have to have an integrated care system in which the anesthesiologists, the surgeons and our nursing colleagues are all working together,” he says. “That's really where it becomes difficult to implement such a process.”

At many, if not most, surgical hospitals, patient care is not very well-integrated. Patients are often surprised to learn that, in some instances, surgical teams have never met each other prior to gathering in the operating room. Even Mayo, which is known for its integrated model of patient care, only recently changed this.

“We started here five or six years ago,” Dr. Cima ads. “Now, every morning, outside the OR there’s a briefing where everyone meets — anesthesia providers, nurses, surgical assistants, residents. We have our names up on a board outside the door, and we talk. It really is a way of improving communication. I can tell you when I was training 20 years ago that was not the case.”

If integrated care becomes the norm, rather than the exception, does this mean the end of the debilitating and irksome pre-surgical routine? That depends.

“I think the more you do to disturb the natural body before you go into surgery, the harder it is to recover,” Dr. Cima says. “Now, there's always a counterbalance to everything in life, and there are some concerns that operating in the field with a lot of stool [in the patient’s system ] could be problematic and increase risk of infections. There are some studies that show that; there are a lot of studies that haven’t.

“You have to balance those things. But clearly, you're better off not disturbing the person, and letting their bodies do what they normally do.”