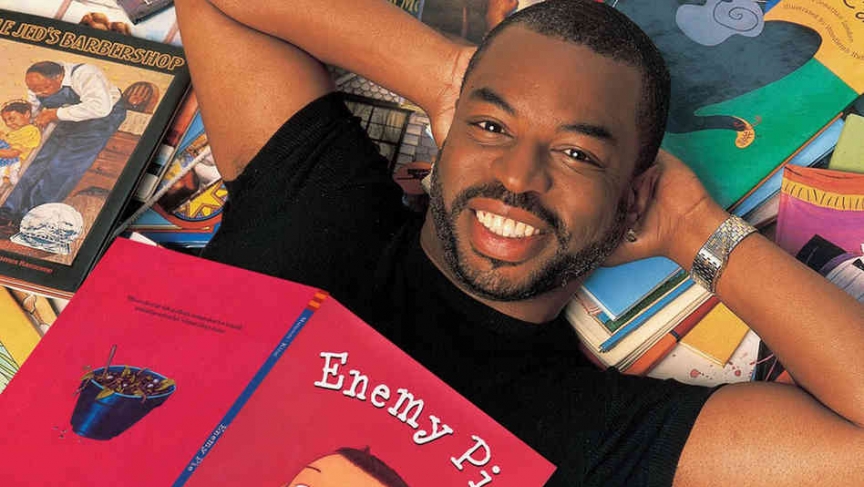 Our connection with the written word is an integral part of the human experience, LeVar Burton says.

Reading Rainbow is back in a big way.

The popular PBS show, hosted by LeVar Burton, was abruptly cancelled in 2009 after more than 25, but two years ago Burton managed to secure the rights to the show and bring it back — as an app for Apple’s iPad and Amazon’s Kindle Fire.

After learning that teachers were adapting the app for use in their classrooms, Burton, who is also widely known for his roles as Kunta Kinte in Roots and Commander Geordi La Forge on Star Trek: The Next Generation, launched a Kickstarter fundraising campaign to develop a version specifically for schools. The campaign has succeeded beyond what he or anybody else had imagined.

“I was really floored,” Burton says. “I know there is love for the Reading Rainbow brand; I experience it every day. People come up to me and express to me how the show has had an impact on their life. But I did not in my wildest dreams think that we would be able to raise our goal.”

Burton says he and his company set the fundraising period for 35 days — five more days than a typical Kickstarter campaign — figuring they would need extra time if they were to reach their goal of $1 million dollars.

To date, the campaign has raised $3.9 million. Now that they've exceeded their initial expectations, they've set their sights even higher. If the campaign reaches its new goal of $5 million, Burton says they can give the app for free to 7500 classrooms. The campaign has about 11 days remaining.

“This ensures that we will have the kind of reach and impact that the television show was known for back in the day,” he says.

Burton wants to be clear, though. “We are a for-profit company. ... Content does not create itself, and we are talking, I believe, about some of the finest childrens' content in the English language. We are a library of books and video field trips. That's what the television show was known for more than anything else — tying the real world to the literature that kids are reading through the video field trips.”

Burton says he already knows that the app version is doing what it was designed to do.

“We know that kids will come to this very engaging technology to read, not just play games,” he says. “Kids come to the Reading Rainbow app and read approximately 139,000 books a week ... We know that we can use it to revolutionize the way we educate, and that's a game changer for me.”

After many years with PBS, Burton understands being invested with public trust. Now he holds a different kind of public trust: many people have put their money behind his product.

Burton says he is aware of the level of expectation this puts on him, but he feels no more pressure to honor that trust than he has in the past.

“I wear that expectation internally,” he says. “I was raised by a woman who insisted that I have standards and the ambition to rise to my highest level of expression. I don't think there's anybody who puts more pressure on me than me in terms of maintaining the sort of integrity that I was raised to walk with.”

“It was a very risky move to put this 30 year-old platinum brand on front street and very publicly ask for dollars,” he concludes. “It could have gone horribly wrong — and it didn't. We thought long and hard about it, and, ultimately, I'm so grateful that we did it. The traditional venture capital world was very slow to respond to what we're doing, so we went outside the box, as they say — and it paid off big time.”