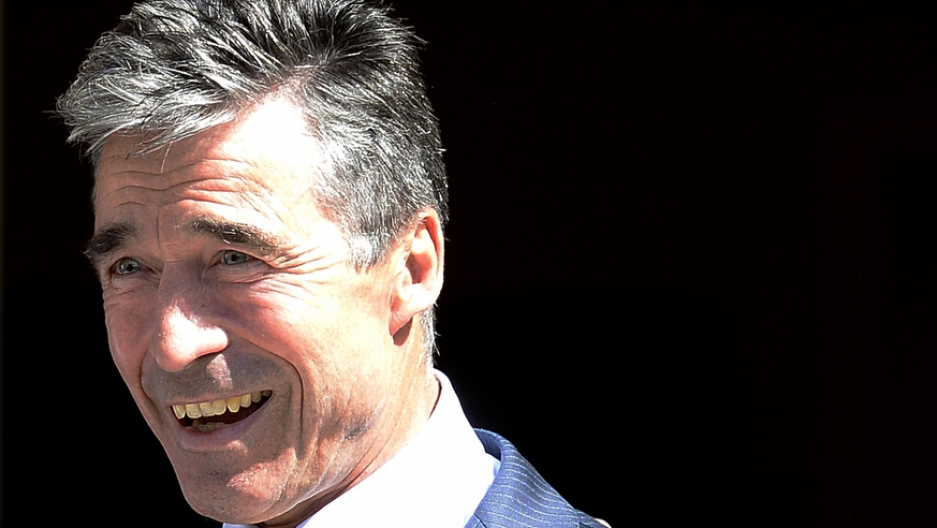 It’s hard to imagine Russia, one of the largest energy producers on the planet, siding with environmental activists on anything.

After Moscow threw 30 Greenpeace activists in jail for staging a protest at a Russian oil rig in the Arctic, it seems unlikely the two sides could find common ground.

Yet, as crazy and far-fetched as it sounds, NATO Secretary-General Anders Fogh Rasmussen claims Russian and European green groups have temporarily set aside their considerable differences and secretly joined forces in the war against fracking.

Without providing evidence, Rasmussen accused Russian intelligence agencies of working with Greenpeace and other environmental organizations to undermine the controversial technology used to extract gas and oil from underground shale rocks.

According to pro-fracking Rasmussen, Moscow’s motivations are economic, not environmental.

“I have met allies who can report that Russia, as part of their sophisticated information and disinformation operations, engaged actively with so-called non-governmental organizations — environmental organizations working against shale gas — to maintain European dependence on imported Russian gas,” Rasmussen said Thursday during a speech at Chatham House, the international affairs think-tank in London.

"The idea we're puppets of Putin is so preposterous that you have to wonder what they're smoking over at NATO HQ,” a spokesman for Greenpeace said.

“Mr Rasmussen should spend less time dreaming up conspiracy theories and more time on the facts.

“Fracked gas will probably cost more than Russian imports. There’s little chance fracking will generate more than a small fraction of Europe’s gas needs and it won’t even do that for at least 10 years.”

It's true though that Russia has not joined the global frenzy for fracking.

Gazprom has said shale drilling, which involves blasting shale rocks with a combination of water, sand and chemicals to release the gas and oil trapped within, poses “significant environmental risks,” including water contamination. It's the same shared by green groups.

#Fracking: The facts and the faults http://t.co/kyvckKcuWg via @guardian pic.twitter.com/Xg1psCtCJj

But perhaps the real worry for the state-owned energy giant is the prospect of European countries finding alternative sources to its oil and gas. Europe and the UK are believed to have significant shale gas reserves, but public opposition has so far hampered efforts to exploit the hard-to-reach resource.

Russia has been accused of orchestrating protests against fracking in Bulgaria and Romania, and some believe its involvement in the Ukraine crisis is aimed at derailing efforts to exploit the region’s shale gas reserves.

That it would go so far as to partner with Greenpeace, however, sounds like a serious stretch.