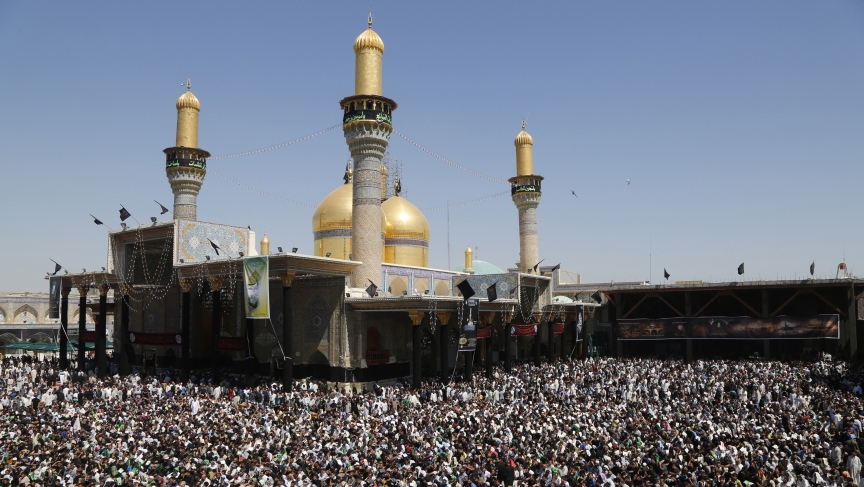 The words Shia and Sunni come up often in coverage of the conflict in Iraq. But they're words with an ancient origin, and powerful meaning.

"They go back to a schism that emerged in the earliest days of Islam in the 7th century and they represent two different factions that had disputing beliefs about who should lead the Muslim community after the death of Prophet Mohammed," says Azadeh Moaveni, author of "Lipstick Jihad" and former Middle East correspondent for Time Magazine.

She says it all started with the death of Prophet Mohammed and a debate over who should succeed him.

"The term Sunni comes from “Ahl-as-Sunnah” meaning people of the tradition. This refers to the group that believe Abu Bakr, the first Caliph — ruler, a king — at the time, should succeed Prophet Mohammad."

As for Shia, she adds, "the term comes from a political faction called the 'Party of Ali.' Ali was the son-in-law of the prophet and the Shiites believe that his descendants should be leading the Islamic community."

Moaveni says, in many cases, Shiites and Sunnis have lived along side each other peacefully for years.

In Bahrain and even in Iraq, before the recent political conflicts, she says, there weren't any major clashes.

“It’s important to remember that these differences are very much in the last 50 years magnified and instigated,” she says. “Very often it comes down to very ruthless, powerful leaders, autocrats and dictators who see the potential for stoking this kind of difference and use it to their advantage,” she says.

In these cases, Moaveni says, religious differences become "part of a wider political project that makes use of sect to move itself forward."

A key difference between Shiites and Sunnis, Moaveni says, is Shiism's approach to interpretation of Islamic text.

“[Shiites] have a more flexible, adaptive attitude to the practice of some legal principles. For example, when things like cloning come up, clerics can sit around and come up with some modern-day conclusion about what their brand of Islam feels about that,” she says.

For the Sunnis, on the other hand, legal tradition has been much more insular and more closed off from interpretation.