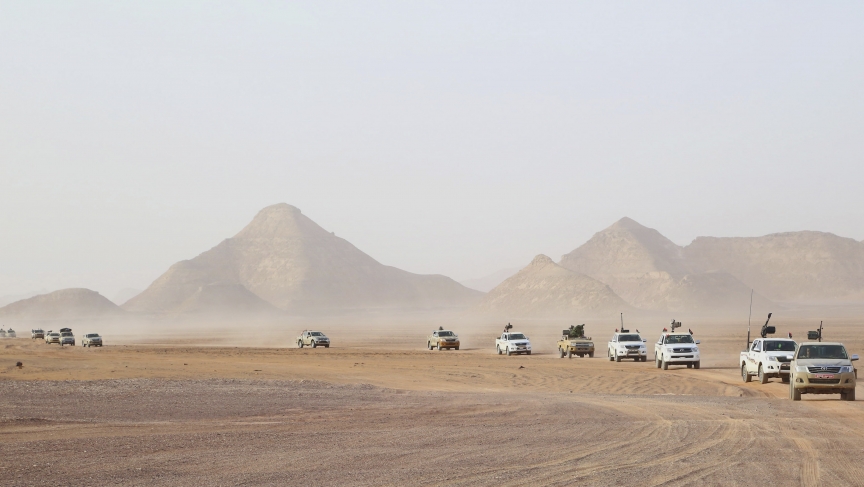 Libyans are conducting their owns raids against Islamist militants and many aren't pleased with a recent US commando operation to apprehend a prominent jihadi.

This week's clandestine US commando raid that nabbed a prominent Libyan extremist suspected of leading the 2012 attack on the US mission in Benghazi was met with relief by many Americans.

But few in Libya were applauding.

In fact today, Libya's government lambasted the US. Libyan officials said the raid to apprehend Libyan citizen Ahmed Abu Khattala violated the country's sovereignty. Officials in the capital Tripoli are calling for Khattala to be returned to Libya for trial.

Khattala is thought to be behind the killing of US Ambassador Chris Stevens and three other Americans in Libya on September 11, 2012.

Alaeddin Muntasser, a businessman based in Tripoli, says Libyans disagree on the significance of the US raid to apprehend Khattala.

"It's a military operation on Libyan soil and it seems to be without the permission of the government. Some people are upset saying this guy is a 'freedom fighter,' etc., and there are some people who are saying good riddance, this guy is a terrorist, and they seem to agree with the US government,"  he says.

Muntasser admits Libya's government was probably not in a position to apprehend Khattala. But he still doesn't think the US should have conducted the raid without Libyan support.

"The issue here is that this guy is a Libyan citizen and they've done this without permission of our government," Muntasser says. "We're moving closer and closer to civil war and this doesn't help people put any faith in this government that, as you know, was recently voted out of office — but then the Supreme Court ruled that they were ousted illegally. And this adds to the mess."

This is the second US operation to apprehend a Libyan militant. In October of 2013, a US Army Delta Force team captured al-Qaeda suspect Abu Anas al-Liby. Muntasser says that raid happened just blocks from his office.

"The less terrorists that are out there the better, but at the same time I'm a Libyan. This happened on our soil without permission," he says. "It's not the same thing as what happened during the revolution with the American aid."

Col. Muammar Gaddafi ruled Libya for more than 40 years. In February of 2011, demonstrations began against his rule in Benghazi. NATO forces, led by the US, intervened and Gaddafi was killed in his hometown of Sirte in October.

Muntasser says Libyans were very appreciative of that NATO effort.

"In a lot of celebrations, the American flags are raised by Libyans," he says. "But I think now people are getting more worried about these types of actions."