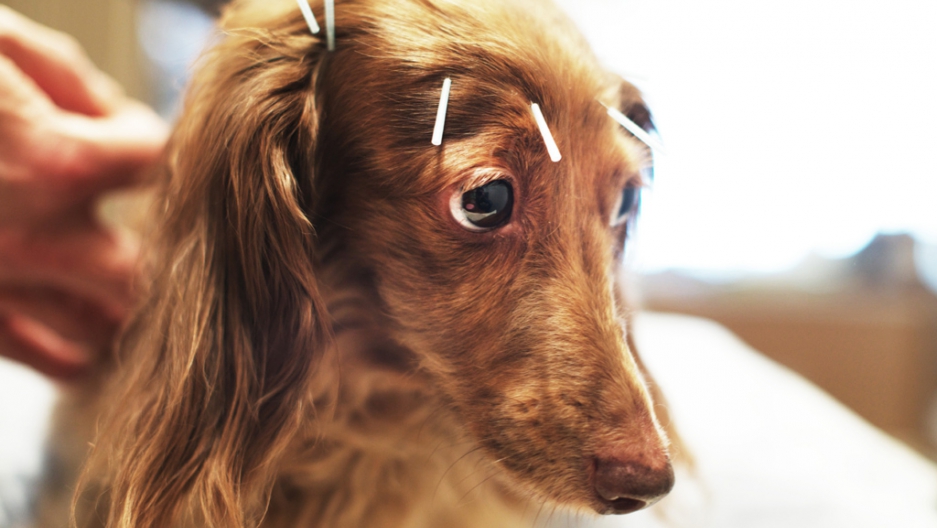 The Japanese LOVE their dogs.

They dress them up in ridiculous outfits.

They spend tons of money on grooming (this one is shaved to look like a lion).

Accupuncture for dogs is a thing in Japan.

As are Fitbits for Fido.

So perhaps it's not surprising that one of the world's first nursing homes for elderly canines is set to open outside Tokyo later this month.

The facility run by Aeon Pet, a subsidiary of the Japanese supermarket brand Aeon, is expected to start with 20 dogs and provide them access to a gym, a pool and 24-hour veterinarian care. There's also a large grooming room, and owners can stay with terminally-ill pets.

Demand is already running high, according to Aeon.

"We decided to open the nursing facility because so many dog owners have requested something like this," company spokeswoman Nanako Oiishi told The Telegraph.

"Many Japanese people have pets now, but of course they get old and it can become difficult to care for them."

The cost will depend on a dog's size and breed, but it will average about $1,000 a month.

While that's less than half the average monthly salary of most Japanese, we're willing to bet it would be a lot more to a retiree or others on a fixed income.

Still, there was a push in Japan last year to make owners responsible for their pets until their deaths. This could also be a good way to reduce the number of stray dogs killed by local authorities.

Aero said it hopes to expand the concept to other cities in Japan and around the world.