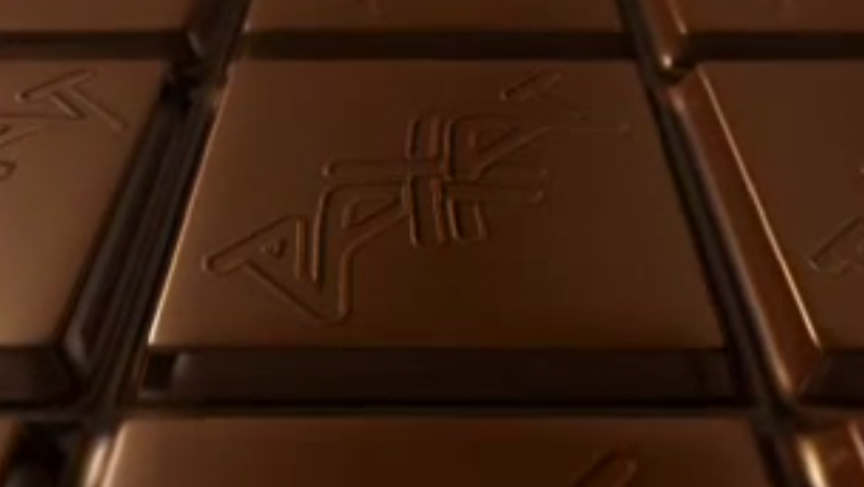 Kazakh “chocolate patriots” are hoping that Ukraine's loss might be their gain.

When the struggle between Russia and the West over Ukraine was just warming up last summer, Russia unceremoniously elbowed Ukrainian chocolate-maker Roshen out of its domestic market. At the time, the move was widely interpreted as a punishment for Kiev's pledge to sign an association agreement with the European Union, rather than join Moscow's alternative — the Customs Union.

The ban on Roshen imports was subsequently lifted in November, after then-Ukrainian President Viktor Yanukovich gave in to Russian pressure and fatefully U-turned on the EU agreement. There was more bad news for Roshen in March this year — the Kremlin shut down the company's Russian factory a month after the Maidan protest movement toppled Yanukovich and just days after Crimea voted to join Russia and secede from Ukraine in a controversial referendum.

With Roshen's owner, Petr Poroshenko, recently becoming president of Ukraine and reiterating his endorsement of the pro-EU stance of the Maidan movement, Roshen's foothold in the giant Russian market now appears to be a thing of the past.

But what does that have to do with Kazakhstan?

It is important to know first that the Kazakh people are extremely proud of their national chocolate, produced by Rakhat. Ahead of the Olympic Games in London in 2012, the Kazakh national boxing team even brought the chocolate as a souvenir from Kazakhstan to share [ru] it with other athletes. As one Kazakh blogger writes [ru]:

When you go to a different country, you want to bring back something that recalls and symbolizes [that country]. Often from these trips you bring back magnets or cups with the names of cities on them. Of course, you can buy these things in our country, too, but I would suggest a more interesting option: the chocolate that tastes of patriotism made by the Rakhat company.

For a country determined to rid itself of “brand Borat,” Rakhat is something of a coat of arms.

On June 11 a popular article on the Kazakh news platform nur.kz raised [ru] the possibility that industries in Kazakhstan might profit generally from Russia and Ukraine's strained relations. Kazakhstan, after all, is a full member of the Russia-backed Customs Union (soon to be known as the Eurasian Economic Union) that Maidan vociferously opposed and succeeded in rejecting.

But in the comments below the article, Kazakhstanis were mostly interested [ru] in discussing the implications of the Kiev-Moscow schism for Rakhat's chocolate:

Ah great, we will flood Russia with Rakhat [chocolate]!!!! I am for it!

Another commenter asserted [ru] the superiority of Kazakh chocolate and vodka over their Russian competitors:

When I go to visit Russia, I always carry with me Rakhat's chocolate “Kazakhstan” and “Khaoma” Kazakh vodka. Neither the chocolate nor the vodka produced in Russia can be compared with ours. When people try Kazakh chocolate they call it “the taste of childhood.”

But there was also an argument [ru] that Rakhat and Kazakhstan could not afford to be complacent in Eurasia's ongoing chocolate wars:

Roshen has a big assortment [of chocolate] – we are not there yet. We need to expand and AVOID buying Roshen.

And a commenter named Eset Batyr waxed historical [ru] on the perceived injustices of Soviet industrial policy, which he claimed placed Asian republics like Kazakhstan at a disadvantage vis-a-vis western republics like Ukraine:

In its time the Soviet Union backed the wrong horse. They [implying Russians] thought [Ukrainians] were their fellow Slavs and built many factories producing finished products there. And we were left with nuclear polygons and ore processing plants.

Others pointed to the fact Russia had its own chocolatiers also ready to fill the Roshen-shaped hole. Moreover, Kazakhstan's Rakhat is no longer national property in the strictest sense. Although some of the chocolate in Rakhat's assortment bears the Kazakh flag and other national emblems, a foreign business consortium secured a majority stake in the company at the beginning of the year [ru]: South Korean company Lotte currently owns 76.25 percent of shares in Rakhat.

The Koreans bought Rakhat for the Chinese market.

But while this may take some of the sheen off Kazakhstan's chocolate patriotism, being strategically located between giant markets may ultimately help Rakhat and Kazakhstan more than Roshen and Ukraine have been helped by their own strategic location. As Anatoly Nikolaev, head of Zarubezh-Expo, a Russian industrial lobby observed [ru]:

In March last year, Eurasianet.org produced a photo story based on a trip to the Rakhat factory in Almaty, Kazakhstan.