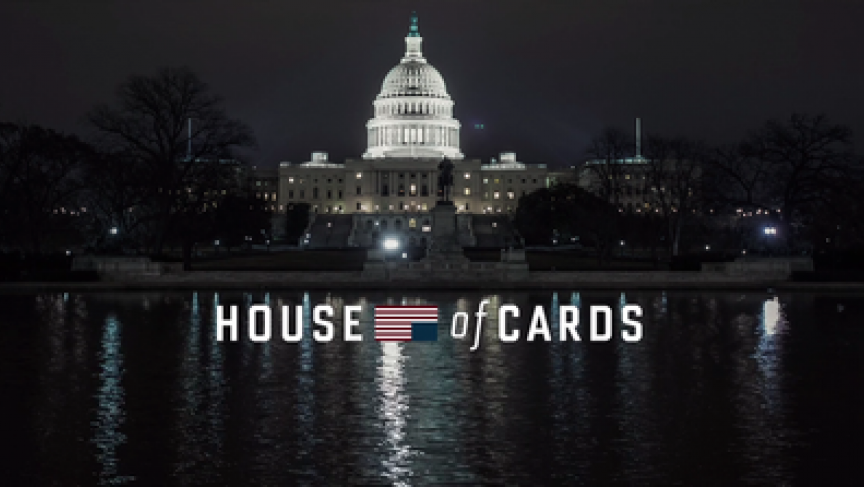 House of Cards depicts the rise of a US politician from an under-the-radar position to ultimate power.

House of Cards/Netflix via Wikimedia commons

Chinese officials are upset with their portrayal as being corrupt. And, they point out, the US is just as corrupt, if not worse. What evidence do they have, you might ask? Why House of Cards, of course.

The hit Netflix TV series depicts the rise of Francis Underwood from a behind-the-scenes powerbroker in the US House of Representatives to (spoiler alert) president of the United States. And he does it through dealmaking, death and destroying reputations.

So does the Chinese official making this claim think House of Cards is how politics are really done in the US. The Wall Street Journal breaks down the story.

A Russian anti-corruption cop 'committed suicide' while being interrogated

Russian officials are looking into the death of a top anti-corruption official who was being investigated for abusing the power of his office. Everyone seems to agree that he fell to his death from a six-story window while being interrogated.

But the circumstances surrounding that fall are a bit confused. His lawyer says he dove out a window after the questioner and lawyer left the room. Officials say he knocked over two guards while being taken to the restroom and then dove out a window. And a human rights organizer suggests he was thrown out the window. The Moscow Times tries to get to the bottom of the situation, as Russia opens an investigation.

Soon, some school calendars may include Christmas, Labor Day and Eid

New York City public schools are closed for Christmas and Yom Kippur, to allow the religiously observant to practice their holidays. Muslim parents, a diverse group of immigrants and native-born, have long sought to have some of their holidays declared official, so they and their children would not have to choose between religion and school.

From our Global Nation desk, PRI's The World reports that New York City's new mayor wants to close school doors during Eid, two of the most important Muslim holy days of the year.

Uruguay's soccer team brought 86 pounds of dulce de leche, or carmel spread, with it when it headed to Brazil for this year's World Cup. Brazilian officials, perhaps seeking to ensure an advantage for the home team, would have nothing of it.

Under the flimsy-sounding justification of a "lack of sanitary documentation," Brazilian border authorities confiscated the confection, depriving the soccer players of their snack. The BBC reports that some fans are blaming Uruguay's surprising 3-1 loss to Costa Rica on the team's lack of dulce de leche.

Here's another sweet that has gone sour

Ukraine's chocolate is well-known in eastern Europe and the country's new president even ran a chocolate company. Ukraine had been a major supplier of chocolate to Russia until the crisis there created a political deep-freeze between the two countries. And Kazakhstan is seizing the opportunity to become Russia's new supplier.

Global Voices Online reports that, for Kazakhs, chocolate isn't just business, it's a source of national pride. No matter that the country's main producer was recently bought by a largely South Korean investor.

Australian cattle farmers are looking toward the sky and they don't like what they see. With forecasters predicting a 70 percent chance of El Nino taking hold this summer and fall, cattle farmers in Australia are worried at the weather causing their costs to rise. According to the Sydney Morning Herald, cattle prices have plunged to a 16-year low in anticipation of the pressures El Nino would put on feed prices for cattle.