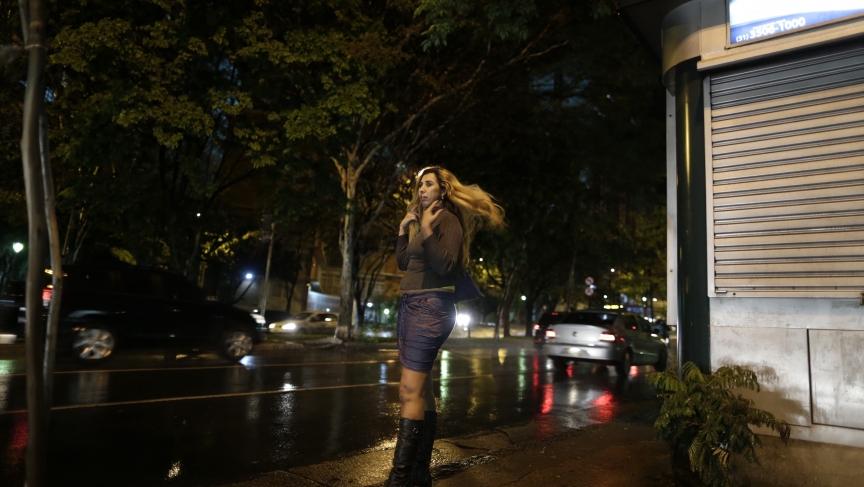 Cida Vieira, president of the Association of Prostitutes of Minas Gerais, looks for clients along a street in Belo Horizonte, November 5, 2013. Some sex workers took English classes once a week in preparation for Brazil hosting the World Cup.

Thousands of soccer fans have descended on Brazil, looking to have a good time and cheer on their favorite teams. And for some, that means taking advantage of Brazil's liberal reputation for sex.

Prostitution is legal in Brazil for those over 18. But because of poverty, underage prostitution is common. In the World Cup town of Recife, some child prostitutes are charging as little as $2. The BBC reports how international soccer players are taking part in a campaign to warn World Cup fans not to exploit children. But experts say sporting events, no matter where they are, bring increased demand for prostitution.

The Bergdahl prisoner swap was supposed to involve a sixth man

When the US made arrangements with the Taliban to bring Sgt. Bowe Bergdahl home, they sent five Taliban members back in exchange. But, originally, the Taliban had sought the release of six men.

The sixth was Awal Gul, but Gul died in US custody in 2011 — of an apparent heart attack. Foreign Policy has details of Gul's death, which sheds light on just how long it took to complete negotiations for Bergdahl's release.

Confused by the situation in Libya? Think Game of Thrones

The situation in Libya since the fall of Muammar Gaddafi has been confused, at best. Different militias with different priorities have been competing with one another, and none has really dominated the country. That might sound vaguely familiar for fans of the Game of Thrones books, or the HBO-TV series.

PRI's The World looks at the parallels between the hit series and the situation on the ground in Libya.

How Japan's World Cup fans clean up stadiums after matches

Pass the brooms and trashcans, Japanese fans are coming to town. Even after their team lost to Ivory Coast in its World Cup opener, Japanese fans stuck around to help clean up the stadium. Though that act has drawn headlines around the world, it's really not unusual. Japanese fans often collect trash from stadiums after games.

The Independent reveals details behind the tradition that has developed over the years.

She had to travel abroad to see poverty at home

Journalist Tamar Charney was just a kid when she traveled to Venezuela. She saw shanties and shacks from the high-rise apartment where she was living. And it made an impression — but maybe not in the way you might think.

Her experience in Venezuela led her to explore childhood poverty at home, in the US. PRI.org has her story about a problem many Americans don't recognize in their own country.

#GHA is borrowing 50 megawatts of electricity from its neighbor so the nation of 25 million can watch the #WorldCup: http://t.co/XKoFh6MKgR