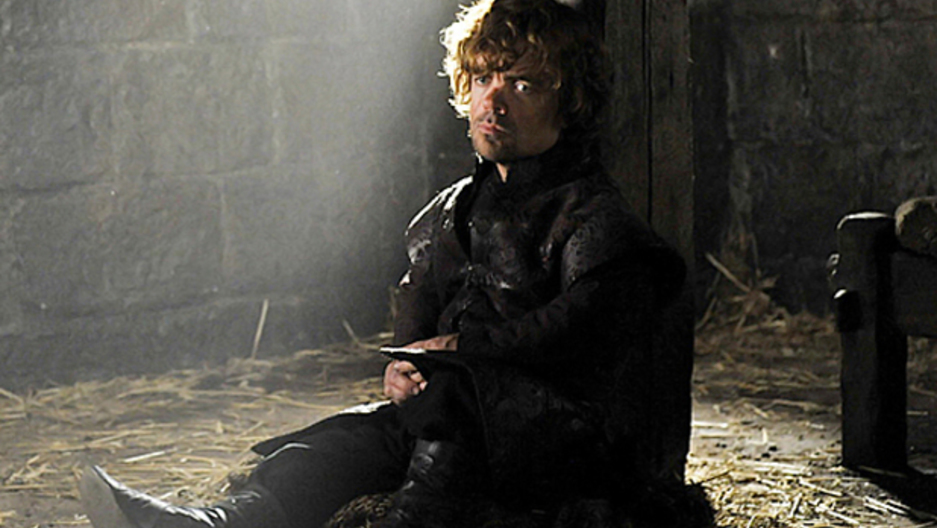 With only ten episodes a season to cover the exploits of a cast larger than the crew in 19 Kids and Counting, Game of Thrones always leaves us wanting more. Luckily, there are dragon-themed movies, beers, and mixtapes to keep you busy.

Color us unsurprised that one of Martin's favorite charities is a wolf sanctuary. The author wants your money and has some pretty sweet perks to offer. The big prize (getting a character named after you in the next book) has already been claimed, but there are plenty of goodies on offer: a chance to dine with Martin and talk about dragons, direwolves, and whether anyone invites him to weddings anymore.

2. See Oberyn Martell at Shakespeare in the Park

The paragraph that follows contain spoilers for "The Mountain and the Viper," episode 8 of Game of Thrones. If you're not up to date, jump down to Item 3. It felt like a moment of a Shakespeare tragedy (with way grislier special effects) when we watched Oberyn's head implode. King's Landing may be short one sexually liberated, revenge-fueled prince, but fans can see Pedro Pascall in Shakespeare in the Park's Much Ado About Nothing. Pascall plays Don John, the illegitimate brother of the prince of Aragon. Don John is the bad guy, but we'll still be rooting for Pedro.

3. Book a Game of Thrones Tour For only 40 euros (not including airfare to Ireland) you can join your fellow Throneheadson a day trip to many of the show's locations in Northern Ireland. You can even upgrade the experience to include archery lessons.

Deleted scenes are like the extra French fries in the bottom of the bag. There are tons up on YouTube, some better than others, like this one where Tywin Lannister continues to out-maneuver and outwit everyone in King's Landing.

5. Watch The Gay of Thrones recaps

LA hairdresser Jonathan Van Ness loves three things: hair, "werking," and Game of Thrones. With a new client (and hairdo) every week, Jonathan dishes on his favorite characters, including "baby Kristen Stewart" (Arya), "Busted Josh Groban" (Daario Naharis) and, my personal favorite, "Alabaster Seal" (the human flesh-loving Magnar of Thenn). Even as you relive some of the saddest moments of this season, your laughter will mitigate the pain. The Lannisters may prefer to drown their sorrowsin winebut there's something to be said for keeping your boozing themed. Ommegang is about to release their latest in a series of Game of Thrones-themed beer: a Belgian dubbel ale named "Valar Morgulis," which is certainly becoming a serious theme in the TV series.

7. Rock the GoT Mixtape

The mixtape, which was commissioned by HBO, features Common, Big Boi, and Daddy Yankee performing original songs that feature the Game of Thronestheme and Westeros-inspired lyrics. Like any fan art, the quality of the songs varies and the appeal is mainly the concept. But accompanying the bad is some really good stuff.

8. Lose Yourself in a Game of Thrones Pop-Up Book

If you're as engrossed with the machinations of the show's opening credits as you are with the story lines, this pop-up bookby Matthew Reinhart is about to jump to the top of your wishlist. Game of Thrones: A Pop-Up Guide to Westerosallows you to go from the Wall to Astapor with the flip of a page.

9. Hear Jon Snow in How to Train Your Dragon 2

If Westeros were more family friendly, it might resemble the Viking kingdom of Berk. In the first Dragon movie, we discovered that the marauding dragons were just misunderstood. In the sequel, dragons and Vikings team up against an evil dragon-captor. The all-star cast includes Eret son of Eret voiced by everyone's favorite pouty-face of the North, Kit Harrington.