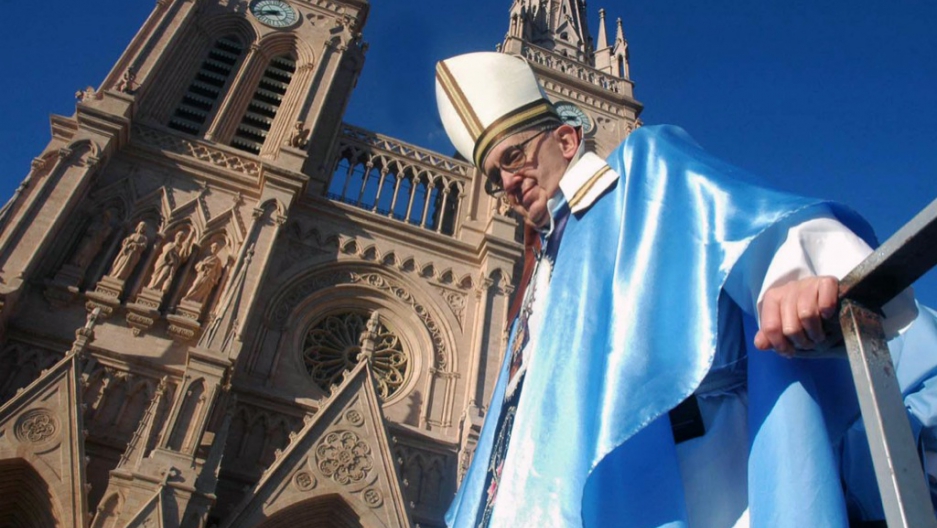 UPDATE: Pope Francis on Monday met with victims of clerical sex abuse for the first time. The six victims were from Britain, Ireland and Germany.

BUENOS AIRES, Argentina — Pope Francis made headlines last month when he announced the Vatican will take a “zero tolerance” policy toward sexual abuse in the church.

In a historic move, Francis also promised to celebrate mass in Italy in June with several victims of sexual abuse, a gesture lauded for its significance in helping to overcome decades of inaction from the Vatican on an issue that has ruptured the foundation of the church.

But in the pope’s home city of Buenos Aires, these two announcements stirred a different reaction: Dozens of victims of sexual abuse in Argentina’s Catholic churches say they are still waiting for recognition of their plight from the Vatican.

Abuse victims and their representatives contacted by GlobalPost said they spent fruitless years seeking an audience with Francis when he was the highest-ranking Catholic representative in Argentina, the archbishop. They said they were turned away by his office or offered gifts instead of a meeting with the man then known as Cardinal Jorge Mario Bergoglio.

Email requests for comment to the Vatican Information Service and the Diocese of Buenos Aires did not receive responses.

GlobalPost traveled to Buenos Aires to meet with two victims of alleged sexual abuse, a lawyer who has represented dozens of victims in Argentina, and the mother of a boy who alleges he was abused when he was 14 years old by a priest in Buenos Aires Province.

They expressed a mixture of resignation, anger, scorn and relief that the Vatican has finally begun to take the issue of abuse in the Catholic Church seriously.

We asked each of the people we spoke with to record their own personal video message to Pope Francis.

Here are their stories.

Añazco has been fighting for years to bring her case in front of the Catholic authorities. In January, she and 18 other victims wrote a letter to the Vatican describing their complaints against Rev. Ricardo Gimenez, a priest in La Plata, in eastern Buenos Aires Province.

That letter has never received a response, Añazco said.

Añazco alleges she was abused by Gimenez as a girl. Gimenez was arrested for child abuse in 1996, but was released in 1997. He is still a priest in Buenos Aires and maintains his innocence, claiming those who have accused him have been possessed by demons.

Julieta Añazco from GlobalPost on Vimeo.

Unlike Añazco, Cuattromo received the justice he had hoped for.

Fernando Enrique Picchiochi, the priest who abused Cuattromo when he was a teenager, was hunted down and extradited from the United States in 2010. He’s currently serving a 12-year prison term in Argentina.

Cuattromo is extremely active in organizing victims of sexual abuse in Argentina via his organization, Adultxs por los derechos de la infancia. While his case was being investigated in the mid-2000s, he sought help from then-Cardinal Bergoglio.

After meeting with Bergoglio’s assistant several times, but never with the cardinal himself, Cuattromo said he was left with the impression that Argentina’s Catholic leaders, including the man who is now pope, did not take abuse by priests seriously.

“I had no doubt of their message: That sexual abuse of children in the Catholic Church in Buenos Aires just wasn’t a big deal,” Cuattromo said.

Here is his message to Pope Francis:

Sebastian Cuattromo from GlobalPost on Vimeo.

The scars of the abuse allegedly suffered by Varela’s son Gabriel Ferrini are evident in the way his mother tells the tale of her little boy’s experience.

Tears streaming down her face, Varela recalled the night in 2002 that her son appeared, distraught, at the front door at 2 a.m., hours after she had left him with a local priest, Ruben Pardo, who had promised to help the boy with spiritual teaching.

Her son said he had been molested by Pardo. Varela immediately complained to Pardo’s bishop in Buenos Aires, but she says her pleas fell on deaf ears.

Incensed at the lack of action by church authorities, Varela visited then-Cardinal Bergoglio’s offices in an impromptu attempt to seek justice. She says she was belittled by Bergoglio’s staff and ultimately forcibly removed by security.

Varela and her son successfully sued the church, but she says she still lives with the awful thoughts of what happened to her child and many others at the hands of Pardo, who died in 2005 while still under investigation.

At first, Varela said she had “nothing to say” to Pope Francis. After some urging, she recorded this message:

Beatriz Varela from GlobalPost on Vimeo.

The high-profile case caused uproar in this Catholic country, and in 2007 Sasso was convicted of first-degree sexual abuse and sentenced to 17 years in prison.

Moreau said that in the course of the Sasso case, he and several of the families he represented sought to meet with Cardinal Bergoglio. They were urged to be patient and have faith, and were given gifts of rosaries “blessed by” then-Pope John Paul II, he said.

Moreau said Francis’ latest announcements are a positive step for the Vatican. The pope is ultimately just one man in a vast organization, he said, and even with the best will in the world, it can take years to turn around an organization plagued by inaction and dogma.

He had a personal message and plea for the pope:

Ernesto Moreau from GlobalPost on Vimeo.

For more information about abuse within the Catholic Church in Argentina, check out activist group BishopAccountability.org’s excellent and detailed Special Report on the country.