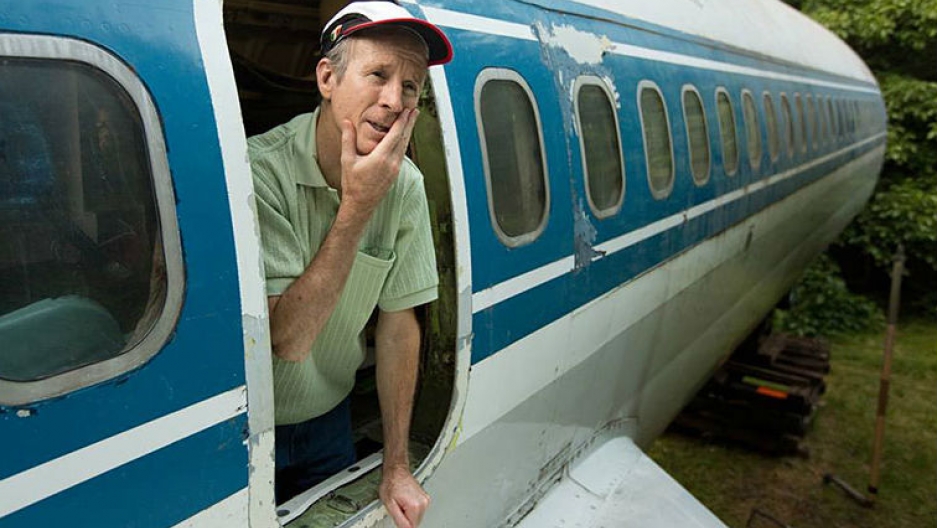 This week in "Thanks, Internet" --- Speed turns 20, basketball's best court, Hundred Waters' "Murmurs" gets a music video, the ultimate upcycle, and what to do when you're bored at an airport. Speedturned 20 this week. The blockbuster holds a special place in the hearts of action movie aficionados, but one fan just went the extra mile. To celebrate the anniversary, Kristopher Tapley tracked down 14 of the 18 extras and supporting cast members who spent that unforgettable afternoon riding a doomed bus with Keanu and Sandra. They tell the story of Speedin their own words. This is the internet fanboy's version of 20 Feet From Stardom. This is beautiful. In the late 70s, Robert Indiana may have designed the most famous floor in professional basketball for the Milwaukee Bucks. In addition to the strategically beneficial bold shapes and colors, it was a massive and brilliant work of pop art. When the Bucks moved out of the stadium in the late 80s, the floor was largely forgotten. Its glory is restored in a documentary for ESPN's 30 for 30 Shorts. The program waxes on about the floor's history and uncovers the story of the fan who ended up with the ultimate bragging rights: he owned Indiana's floor for about a month.

An arresting song got an equally arresting music video this week. "Murmurs" by Florida'sHundred Watersfeatures distorted percussion, brooding piano, and Nicole Miglis' pained vocals gradually building, then cascading all over each other. It's a beautiful mess and the video features a dedicated construction crew ready to help with the clean-up. Where do planes go when they die? If they're lucky, to a remote forest in Oregon where Bruce Campbell will turn them into a home. Campbell has been working on his Boeing 727 house since 1999, but the internet is just now catching up to his super sustainable lifestyle. The exterior remains unchanged. Inside, Campbell has made countless design adaptations --- changes he discusses in great detail on his site. His next challenge: adapting a 747 in Japan, and maybe some last minute spring cleaning.

5. Busy Is Better Than Bored

Airports haven't yet ushered us out of the hurry up and wait era, but Richard Dunnrecently took matters into his own hands. Stuck in Las Vegas' McCarran International Airport overnight and on his own, he made a music video on his telephone. The song choice is inevitable but no less sweet: Celine Dion's "All By Myself." Prepare yourself to be moved after a short wait.