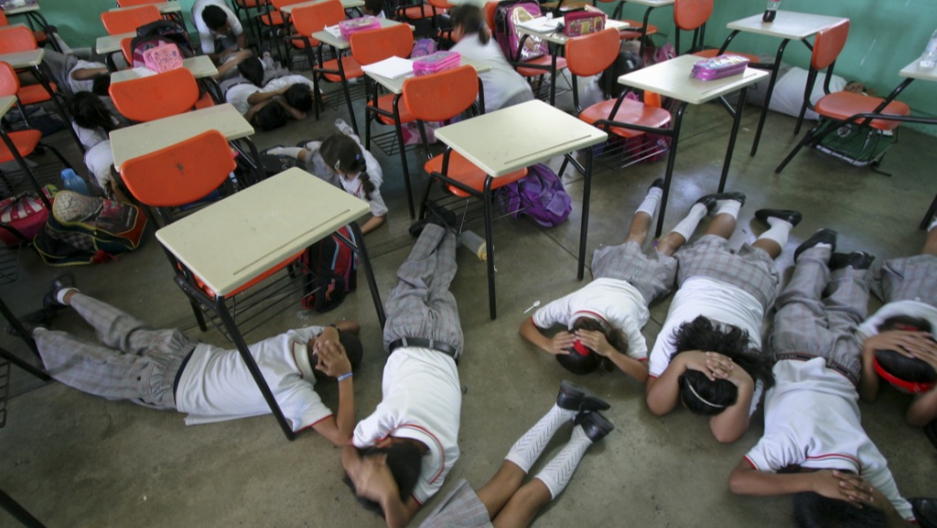 MEXICO CITY — As the last class was finishing at the school in northeast Mexico, the four pupils grabbed 12-year-old Hector Alejandro Mendez by his arms and legs and swung him, banging his head against the wall.

Mendez, who friends called “Mini,” made it home, where he told his mother about the assault before losing consciousness.

He died after a week in the hospital. The injuries caused fatal bleeding in his brain.

At his funeral, weeping family and friends wore white T-shirts with messages to the departed child. “Alejandro, we always love you,” said the epistle from his mother. “Justice for my baby.”

Even in a country that suffered more than 18,000 murders last year, the death on May 20 unleashed shockwaves of grief and anger that have provoked a concerted debate about violent bullying and how to deal with it.

President Enrique Peña Nieto personally met the parents, lawmakers have filed two new bills on the issue, and hundred of celebrities — from pop diva Thalia to football striker Javier Hernandez — have joined an anti-bullying campaign, many using the phrase "bullying is not a game."

Amid the furor, educators, psychologists and politicians are grappling with a painful question: Has the cartel bloodshed that has ravaged Mexico made school kids more violent?

The assault of Mendez took place in Tamaulipas, a state just over the Texas border that has suffered some of the worst violence in the country, including massacres, firefights, car bombings and decapitations.

There have also been high profile bullying incidents in other cartel-dominated cities such as Ciudad Juarez and Tijuana, where a child who had a chemical thrown in his face at school in May could go permanently blind.

“The daily murders, the glorification of criminals, all this has made violence seem normal. We have stopped being shocked by it. And children grow up with this.”

Cartel-related violence exploded in Mexico from 2008, partly in response to a military crackdown by then-President Felipe Calderon. There have been more than 70,000 drug-related killings in the following six years — or during half the short life of Hector Mendez.

The death toll is finally falling, with 13 percent fewer homicides reported in the first four months of 2014, compared to the same period last year, but Peña Nieto concedes there is still a big challenge ahead.

Thousands of victims have been shot in broad daylight, leaving corpses in the sight of children.

Many classes have been stopped because of gunfire. In Michoacan state, more than 800 schools have suspended lessons this year alone because of violence outside their gates.

Thousands of students also have parents who have been killed or arrested in connection with the narco violence. Last year in Jalisco state, two 15-year-old pupils were murdered by cartel thugs because the teenagers had bullied the son of a kingpin, according to the state prosecutor.

In other cases, children themselves have been recruited by cartels. In 2010, 14-year-old Edgar Jimenez confessed to working for a drug gang and decapitating four victims.

There's "no school bus until further notice' in much of Michoacan State.

Psycologist Samantha Urzua, who works with adolescents, is convinced that the heavy bloodshed has made teenagers more violent.

“There is a culture where children look up to the most aggressive, most violent among their peers,” Urzua said.

"This has been a growing problem for years. It took a child to fall in the hole before we try and cover the well,” she said, citing a Mexican saying.

Mexico’s National Human Rights Commission has also joined anti-bullying efforts, pointing to a dramatic rise in complaints it has received over the issue. More than 1,000 complaints of bullying were filed in 2013, compared to just 50 in 2000.

However, investigators who try to quantify bullying have long found it hard to come up with reliable comparative statistics.

Rising complaints about bullying could also reflect greater awareness of the issue. The term itself has only recently become popular in Mexico, where the English word is used.

Even in the US, where bullying is regularly in the news, the term's definition is up for debate. The United States suffers the problem not just of psychological abuse among students but also of serious violence in its schools, including notorious shootings carried out by teenagers.

Psychologist Jaana Juvonen, who has spent two decades studying the issue from the University of California, Los Angeles, said it is difficult to reliably compare the level of bullying between different countries, or even among US states.

“There are many different ways to measure bullying and different terms used. Bullying covers many areas, from violence, to insults, to cyber bullying. It cuts across culture, class and race,” Juvonen said.

However, Juvonen said that in California, areas with higher levels of homicides and gang fights tend to also have more violence in schools. Seeing corpses on the street, she added, will certainly affect children.

“Witnessing violence has detrimental effects, although these can function differently in different adolescents. In some cases, they develop a fear and anxiety that can make them very quick to retaliate.”

It is difficult to know exactly how much the cartel bloodshed in Tamaulipas may have affected the four boys who smashed Hector Mendez’s head against the wall.

One of them told a Mexican newspaper it was a game, and they panicked when they saw him vomit blood.

State prosecutors have said that the children cannot be sent to prison because they are under 14. However, they are looking at charging the teacher and other school employees with being accessories to murder.

The parents of Hector Mendez are among those calling for the teacher to be locked up for allowing the violent bullying.

“I would not like another mother to go through what I am going through. I wouldn’t like this teacher giving classes in another school and denying help to a child that needs it,” Rebeca Ramirez said on Mexico’s Milenio TV.

“I am devastated. I have cried so much that eyes have no tears. I feel like I am gone with my son.”

More from GlobalPost: Why Mexico's drug war is not about drugs