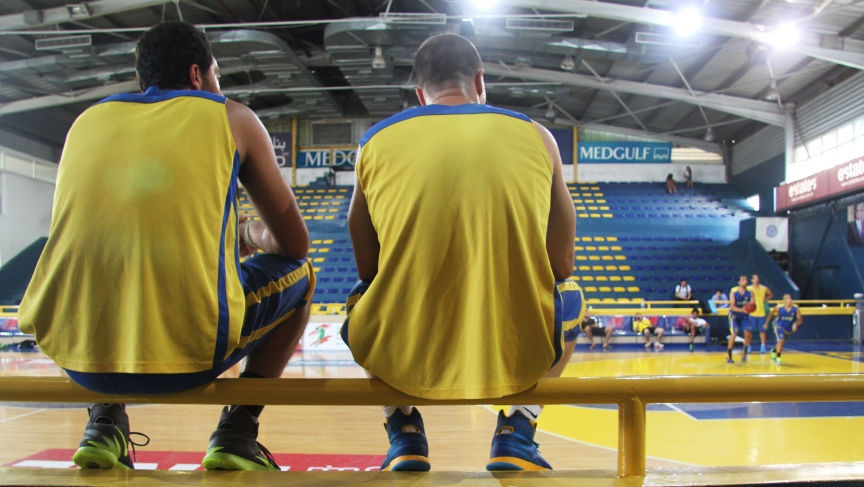 With only a few games left to go, Lebanon's basketball finals were put on hold after a fight broke out between fans and players of arch rivals Riyadi and Sargesse last week.

While violence and sports is an issue all over the world, in Lebanon it's different. Here, on-court violence is fueled by politics, religion and a patronage system that's made sectarianism endemic to almost all Lebanese sports, from basketball, to ping pong.

"All of us actually lost it and attacked this fan,” says Jean Abdel-Nour, the captain of Lebanon’s Riyadi basketball team. “Tt was like chaos after that, everybody attacking everybody."

Abdel-Nour has been fined for his behavior, another player has been banned for a single game. His team, on a day when they should be playing in the finals, is instead running drills at their home court on Beirut’s waterfront.

Abdel-Nour explains that, after four close games, tensions were running high, but the rivalry between Sargesse and Riyadi runs deeper than sports.

"The Lebanese sports sector is very unique compared to other countries," says Danyel Reiche, a professor of comparative politics at the American University Beirut. One of his focuses is the politics of sports. He says, in Lebanon, every professional sports team is backed by a political party and every political party is affiliated with a religious denomination.

"The color of the shirts of the team, for example, it’s the same color as the political parties supporting the club,” Reiche says, “you have facilities named after political leaders, you have pictures of political leaders in stadiums.”

At the Riyadi court in Beirut, larger than life portraits of slain Lebanese Prime Minister Rafik Hariri, a Sunni Muslim, hang above the bleachers. The team is backed by the Future Movement, a Sunni political party founded by Hariri.

The Shiite militant group Hezbollah also backs a sports club. Their soccer team Ahed has won a number of games, but so far only a few fans.

And while players on Lebanon's 10 top flight basketball teams are a mix of Christians and Muslims from all different backgrounds, the fans generally are not.

"They're against us because we're Muslim and they are Christian," says Muhammed, a lifelong Riyadi fan, adding that, of course, the rivalry with Sargesse is about religion.

On the other side of town, some Sargesse fans, who refer to the team by its Arabic name Hikmeh, agree.

"Of course, of course, Hikmeh's Christian and Riyadi's Muslim,” says one man in a chicken sandwhich shop in Geitawi, one of the city’s Christian neighborhoods. In the background, one man disagrees, saying religion and politics are a problem for all the other teams except Sargesse. After a few back and forths, the conversation devolves into bickering.

At games, cheers are laced with religious expletives and partisan politics. Syria has become a hot topic within Lebanese sports, fans chant for and against Bashar al-Assad, depending on their politics.

Slobodan Subotic, Riyadi’s head coach, stands in the hallway outside their home court. He shakes his head when the subject of politics comes up. "When you mix politics with the sports,” he says, “it’s the worst thing."

Originally from Slovenia, Subotic has played and coached basketball all over the world. "So many years ago, I pass this situation in ex-Yugoslavia and I know this is not good,” he says. “I am so sad, I tell them so many times: We are the team that want to show in the court that we are better, come here and we will show you."

The Lebanese basketball federation has already banned away fans from attending games, to prevent violence among spectators. But after fans turned on opposing team members, the federation is talking about keeping all spectators out.

The finals between Riyadi and Sargesse will kick off again this weekend.

Politicians are asking all fans to keep their behavior sportsmanlike, and to stay away from "political or sectarian slogans."