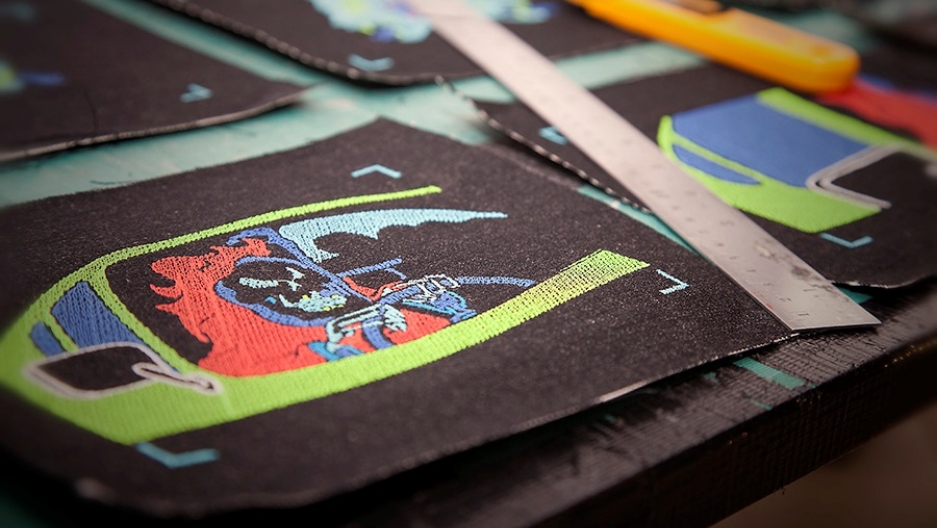 When the UK heavy metal trio Throne wanted to make a music video for its song "Tharsis Sleeps," they came up with an idea that will shock even hardcore fans: embroidery. Stitched frame-by-frame, it's an animated story about trying to terraform Mars in order to save Earth.

The band's singer, Nicos Livesey, happens to be an animator who's been fascinated with embroidery since childhood. He also took a cue from Throne's armies of denim clad fans, covered in band patches. Livesey was borrowing a friend's sewing machine to make patches of his own when he had the idea. "I realized it was totally animate-able," he says. "I could embroider it frame by frame and it would look mental."

As if animation isn't complicated enough, Livesey and his team had to digitally create the individual frames of the animation, then convert them to "stitch format" so that industrial embroidery machines could read and produce them. Once the stitching was complete, each frame then had to be photographed, so they could be edited together with animation software.

3,000 individually embroidered frames and roughly 45 million stitches later, a 4:33 music video was born. Watch it; it's like totally brutal.