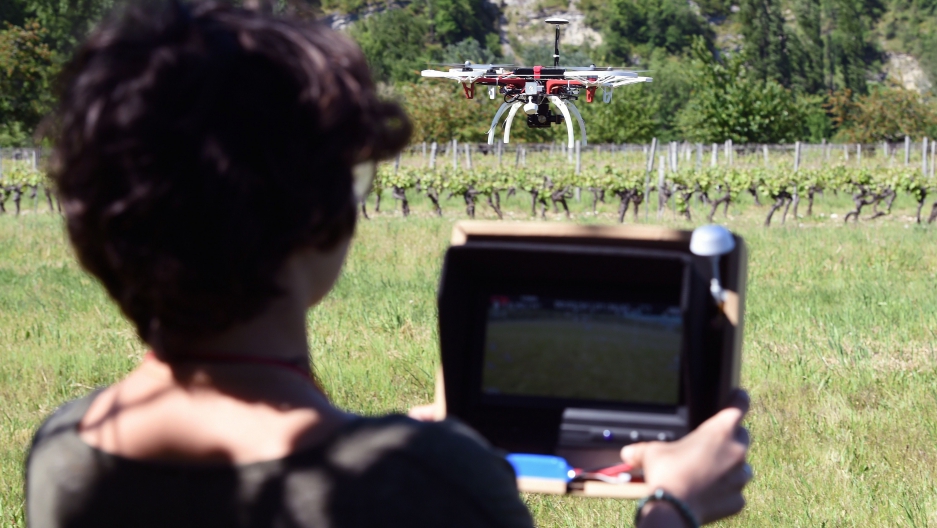 A group of high school students in France are learning to fly commercial drones with the help of the country's civilian aviation body.

Nine photography students from Lycée Saint-Étienne in Cahors signed up for the course in December. They studied flight theory, aviation regulation and practiced on a flight simulator before taking three small drones to the French skies.

Anchored on the corners by four helicopter propellers, the drones weigh about 2 pounds and were a challenge for most students on their first test flights.

"The knobs are very delicate," 15-year-old Delphine Harant told AFP. "They are difficult to find."

The students will spend the next three years learning the ins and outs of drone operations before becoming certified by the Directorate General of Civilian Aviation.

In this day and age, their options after that are probably limitless. Pizza delivery? Border Surviellance? Warfare? Course instructors rattled off other possibilities, everything from monitoring the country's cable and railroad lines to fighting wildfires and creating more detailed topographic maps.

Unlike the United States, both civilian and commercial drone flights are legal in France, but only by certified operators. And any flights over urban areas require written approval.

In February, a French teen was arrested after an aerial video he shot of his town using a drone camera went viral online. Nans Thomas, 18, was fined $550 after pleading guilty in May to the charge of "endangering lives," telling prosecutors he didn't know he needed a license and permission to fly one of the machines.