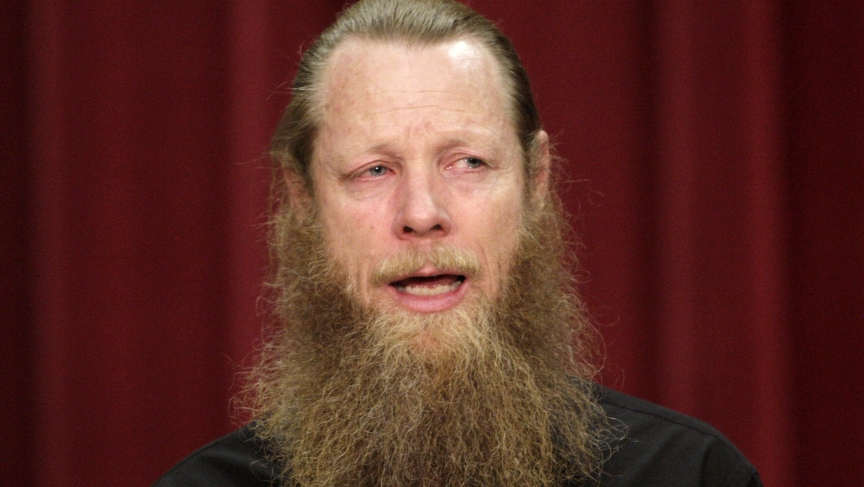 Ever since Sgt. Bowe Bergdahl was released in a prisoner swap with the Taliban, there's been a lot of discussion. Not just about the deal itself, but also about beards.

The one Bergdahl grew in captivity, and the one his dad sported when he appeared with President Barack Obama, in particular. Talking heads in Washington questioned the beards and what they might mean. (Read: terrorist sympathizers.) And in doing so they tapped into something both laughable and true: there’s a stigma in having a beard.

To many, and especially anyone who grew-up in the Pacific Northwest, such talk is one giant joke. Beards are what appear on the face of your local logger. It’s a sign of masculinity. Growing up, the local plumber and wrestling coach — beacons of toughness and America — both rocked beards. And later in life, the men who grew out long beards also prepared your single origin coffee.

But in other parts of the US, the beard means something else. And Ziv Eisenberg, a history professor at Yale, says that in the early 20th century, beards were seen as a threat to America — a public health issue, even.

Let’s tackle the public heath issue first. Eisenberg says in the late 19th century, scientists started to theorize how diseases spread: germs. But they didn’t have antibiotics to fight the disease. So doctors started to emphasize personal grooming standards.

“Beards and facial hair were considered filthy,” he says. “It was feared it might harbor deadly infectious bacteria. So men were told to discard their beards.”

That’s a big reason why no US president has had facial hair since William Taft wore a mustache. And no, Al Gore’s post-2000 election beard doesn’t count. Politicians and newspapers took the idea that beards had germs and combined it with the political threat posed by communism. Eisenberg reminds us that when the Bolsheviks seized Russia in 1917 they promised to spread the revolution through the rest of the world.

In the United States, people and politicians worried about this threat. The first Red Scare began. And communists were being sniffed out. “However, how do you know that someone is a communist?” Eisenberg says. “You don’t know what’s going on inside a person’s head. And this is how beards began to symbolize, in popular imagination, people who were suspected as being left-wing radicals.”

Eisenberg says this is similar to the way some conservatives today think about the risk terrorism poses to the US. How do you know if a person is a terrorist? You don’t. But the biggest terrorist in the 21st century — Osama bin Laden — had a beard. And this is how facial hair once again has come to symbolize a threat.