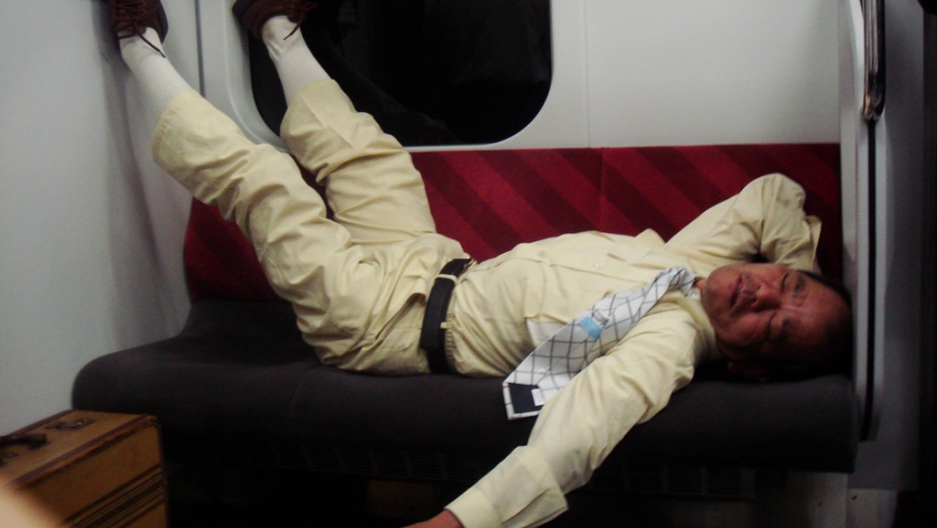 Does Japan have a drinking problem?

Statistics say yes, but public opinion says no. Alcohol consumption has quadrupled in Japan since 1960. The island nation is now home to an estimated 810,000 alcoholics.

Last year, politicians even tried to pass a bill aimed at curbing excessive drinking, but it got nowhere and was generally booed by the public. "This is looking after us too much," wrote one Twitter user. "Who cares? Let's drink!" wrote another.

Part of the problem is Japan's views on drinking, especially on the job, where hitting the bottle with your boss and/or clients is almost a requirement and many workers get wasted to cope with long, stressful days at the office.

In fact, drunk businessmen passing out in public have become so commonplace that many Japanese don't seem to notice or care anymore, as evidenced by these (and many other) amazingly sad photos: (h/t cavemancircus.com)

It even happens to Japanese workers abroad. How can we forget the Japanese businessman who was so drunk in 2012 that he tried to walk down an escalator the wrong way in London? The video went viral: