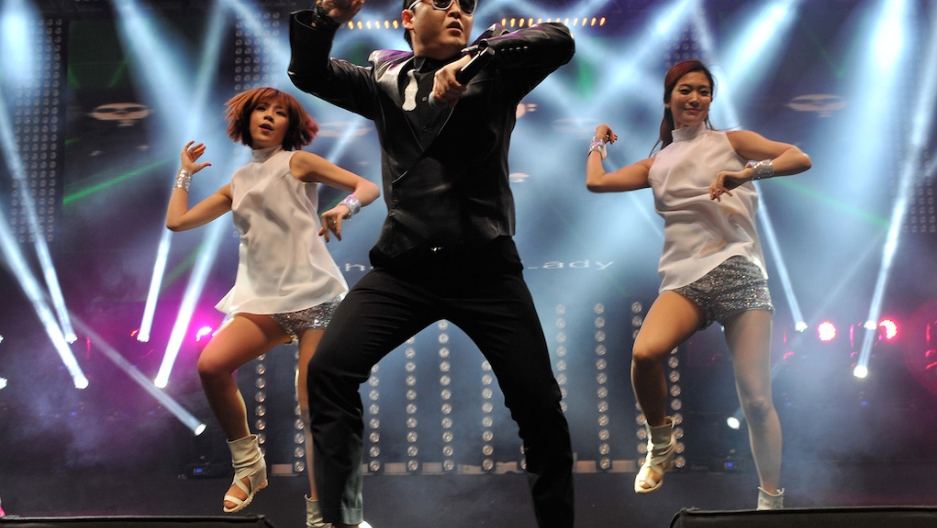 Can he do it again with Hangover?
Credit: Kevin Winter
Share

SEOUL, South Korea — It’s been a while since horse-galloping YouTube celebrity Psy followed up on his first global hit, “Gangnam Style,” and its less famous successor, “Gentleman.” For a while, it appeared the eccentric Korean rapper would fall into the abyss as a one-hit wonder — all despite the fact that, a little over a week ago, “Gangnam Style” reached two billion views, the most ever for a YouTube video.

On Sunday, the Korean rapper returned with another push to avert obscurity, teaming up with Snoop Dogg in his latest video, “Hangover.”

The video, which opened to mixed reviews on social media, follows pals Snoop and Psy as they indulge in a day (and night) of soju (a Korean liquor often likened to vodka) and other beverages, wailing away at karaoke, fleeing a bar fight, and suffering through a miserable morning after.

A few nationalistic web commentators quickly raised hackles at Psy, complaining that his depiction of Korean drinking culture was garish, over the top, and reflected poorly on the country’s global image.

Patriotism aside, they had one point: South Korea is actually in the throes of a boozing renaissance, buttressed by the rise of hip urbanites who’ve cast off the agrarian and coarse ways of the soju inebriate.

But just as Gangnam Style poked fun at the materialism of South Korea’s nouveau riche who mingle in the posh Gangnam district, Hangover barbed the country’s culture of binge drinking, which continues to be a point of pride for many older Koreans who brag about how many soju bottles they can gulp down. Here are three more takeaways from the Psy video:

Spending an evening with your boss or having a rendezvous with your Korean father-in-law? Expect a few rounds (or much, much more) of cheap industrial soju, which costs about $1.25 in the average convenience store.

With that price, it’s no mistake that Koreans drink twice as many shots each week as Russians, and more than four times those of Americans (to be fair, vodka is about double the strength of your average soju, which suggests the alcohol consumption of Russians and Koreans isn’t far off).

The prevalent form of soju was once a naturally made rice whiskey, but nobody can really put their finger on the ingredients of the more contemporary industrial variation. This has raised the ire of seasoned boozers who complain that the country’s two big brands produce soju that tastes like rubbing alcohol. Indeed, soju doubles up as a stove and window cleaner.

You’ve been warned: If Psy and Snoop inspire you to indulge in some Korean swill, get ready for one hell of a hangover. Inebriates who suffer through the next morning indulge in “haejangsul,” the practice of imbibing another cocktail or two for a delayed hangover.

When wearing soju goggles, “ajummas” can win you over

In the music video, a pair of "ajummas" — slang for a Korean demographic of bellowing, aggressive older women with an awkward perm and dated sense of fashion — eye young Psy and Snoop Dogg, and after a few soju rounds, join them for a night of karaoke.

As Psy and Snoop mix too many bottles of beer and soju, the duo of middle-aged, disco-dancing ajummas transforms into youthful, pop-star lovelies, dancing and singing through the night.

The term ajumma literally refers to a married woman, but colloquially the word carries a negative tone: it labels an individual as loud, pushy and stingy without much sense for manners, the sort who shoves you aside for a subway seat.

Some Koreans claim ajummas are everywhere, and jokingly call them the “third sex.” Ajumma associations, in response, have in the past mobilized, calling for greater respect.

If you find yourself chugging rice wine in Bruce Lee’s yellow spandex, you’re probably over your limit