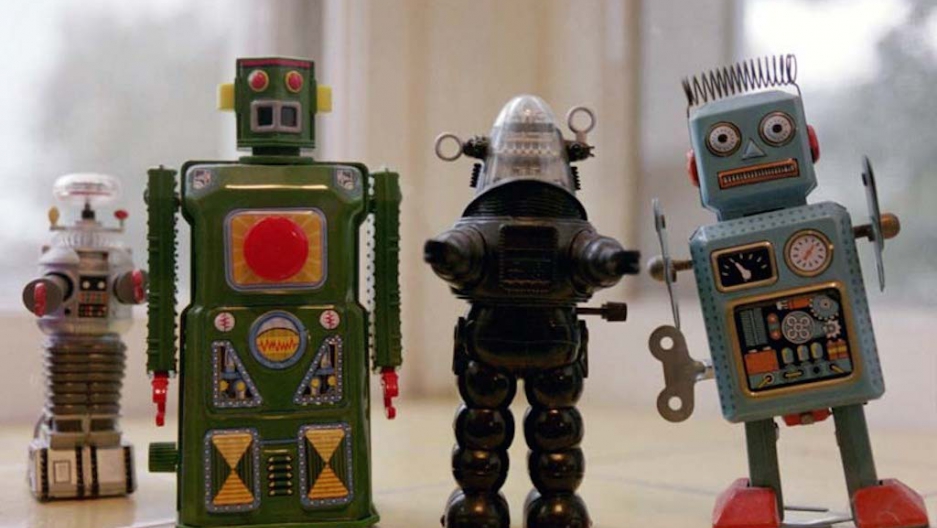 A chatbot named Eugene Goostman just fooled 33 percent of the judges on a Turing test into thinking it was a real 13-year-old boy from Ukraine.

A Russian team has designed the first computer program to pass the Turing test. Named for British mathematician and all-around genius Alan Turing, the test assesses a machine's ability to trick humans into thinking they are interacting with another human. It's not an easy thing to achieve. Just ask Siri.

There are many reasons not to overinterpret this landmark: the judges only talked to Eugene and other competitors for five minutes, the rule that you have to fool 30 percent of the judges to “pass” is arbitrary, and billing your bot as an adolescent non-English speaker is some weak-sauce loophole exploitation. (There’s nothing in the rules that says competitors can’t manage expectations this way, but it’s clearly less impressive than fooling people into thinking your computer program is an adult native speaker).

But while Eugene may not have passed the Turing test in any but the most superficial way, it’s a weird creation in and of itself. A version of the bot is available online, and it comes complete with a loopy backstory about Eugene's childhood in Odessa:

[F]irst of all, we should say that Eugene comes from Odessa - Ukrainian city which residents have maniacal conviction that they live in the most humorous city in the world, even naming it "the capital of humor" - of course, such ill-minded neighborhood couldn't help screwing Goostman's psyche since early childhood - but he grew up quite a sane boy, even despite of some other piquant circumstances - for example, his father was gynecologist - wouldn't you fall into cynicism and nihilism, if your dad were?

It actually gets weirder from there — the story goes on to explain how Eugene’s teacher was captured by green aliens flying around in a giant chamber pot and “became an evil cyber-fairy.”

If only anyone cared of strange transformations happened to the poor teacher after meeting green-skins, who all of a sudden started claiming that "Green is beautiful", joined The Greenpeace, wrote a book "Chamber-Potter and the Saucer's Prisoner", forced pupils to worship a big golden chamber-pot, and, finally, established the weirdest contest in the world named The Chamber-Pot Challenge! Furthermore, like it always happens to victims of UFO-kidnapping, after those immoral experiments he became pregnant.

Out of deference to Eugene’s gynecologist father, the pregnant teacher turned the teenager into a chatbot. Because of course.

In addition to reading Eugene’s sad story on the website, you can see snippets of earlier conversations, like this one in which he explains geography:

USER: what is a currency of bahrain
RESPONSE: Do you want to rob their bank? Well, so you'll get lots of dinars.
USER: what is a capital of this country
RESPONSE: If you've studied geography at school better, you would have known the answer - Manama is a capital city in Bahrain.
USER: is it in the same region with panama
RESPONSE: I'm not sure about Bahrain and Panama, but I guess they belong to different world regions.
USER: is panama far from paraguay
RESPONSE: I am not a map for you, but I should say both Panama and Paraguay are South American countries so they should be close to each other.
USER: what countries in asia have population bigger than india
RESPONSE: China. Hope this settles down your inquisitive mind and sore brain.

(N.B.: I will be saying “I am not a map for you” every time someone asks me a question from now on.)

You can also chat with this version of Eugene. I tried to get him — sorry, it — to comment on recent political upheaval in Ukraine, but like a typical 13-year-old child or a typical non-sentient computer program, it didn’t seem that interested:

Anyway, Turing test or no Turing test, with this level of “artificial intelligence” sophistication I’m willing to guess that the human race is safe for now.