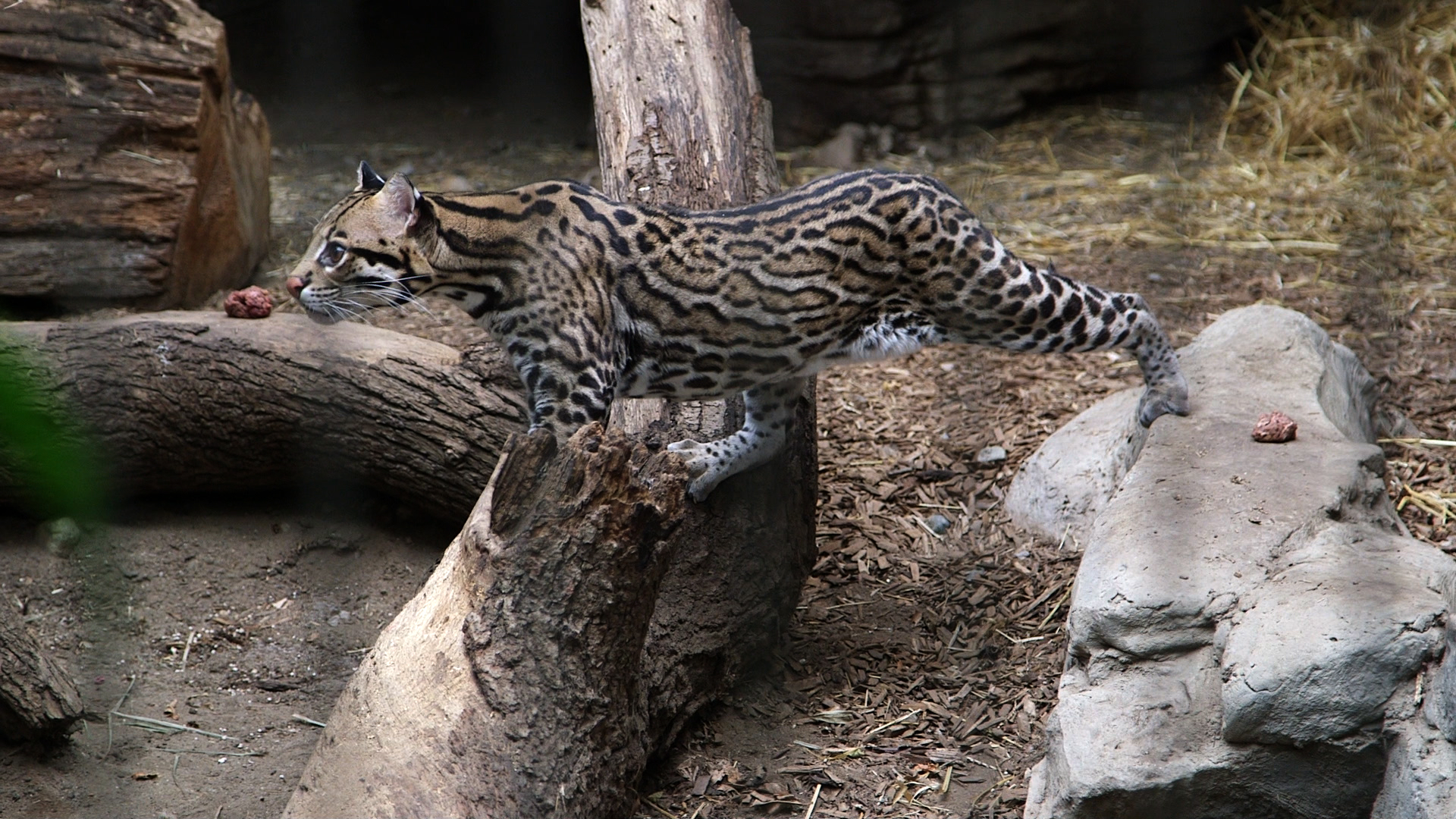 What better creature to predict the outcome of US World Cup games than a Brazilian ocelot, born in the US?

Meet Isidoro, who lives at the Franklin Park Zoo in Boston.

Isidoro the ocelot selected to predict the 2014 World Cup from PRI's The World on Vimeo.

Isidoro, or Izzy, is part of the Brazilian Ocelot Species Survival Plan, which was developed to maintain a genetically diverse and demographically stable captive ocelot population. He has been in Boston since 2003.

Our newsroom has partnered with the zoo to have Izzy predict the outcome of US World Cup games. How can you follow his predictions? Follow him on Twitter, of course.

Izzy's first prediction, for the USA versus Ghana match, will be announced Friday here on PRI.org, on PRI's The World and on Twitter. The soccer game is Monday at 5 p.m.

Just setting up my Twitgrrrr.